Double-digit growth has put Sydney well ahead of the rest when it comes to luxury real estate. Like the rest of Sydney’s property prices, the prime real estate market has continued to rise in 2021.

According to new research by Knight Frank, Sydney actually outpaced earlier expectations for growth by more than double their original expectations.

Back in December 2020, the firm predicted that Sydney’s prime real estate would rise 3 per cent in 2021. Six months later, they’ve bumped that up to a forecast of 10 per cent.

Ms Ciesielski argued that despite economic headwinds like the recent lockdowns in NSW, Victoria and SA, “the underlying fundamentals for the upper echelon of Sydney’s prime property market are still incredibly strong”.

“As wealth creation continues among Sydney’s elite, the thin number of prime luxury property listings has pointed towards further price growth in the second half of 2021.”

She revealed that the previous three quarters have seen Sydney’s prime real estate sector ink its highest number of transactions on record.

“Although lockdowns are currently in place, exclusive viewings are custom when buying prestige residential property and in many instances off-market purchases were already taking place with ultra-wealthy Australians who have been grounded on home soil for the past 16 months,” Ms Ciesielski said.

She said that this high turnover suggests there is still depth in the market for 2022, especially given Australia’s international borders are likely to remain closed for the foreseeable future.

Knight Frank’s Global Prime Price forecast predicted that the market’s hot streak will continue into 2021, with the priciest parts of Sydney’s housing market said to reach 7 per cent in price growth.

While this number will put them ahead of other prime market hotspots globally, Knight Frank suggested that the top spot will be shared between Sydney and London.

Knight Frank said that prime markets have operated against a more challenging business backdrop during the pandemic than mainstream residential and commercial housing markets, due to their reliance on international clientele.

However, the same closed borders that have limited activity from international buyers have seen wealthy Australians opt to purchase at home instead of going abroad.

“Many of our ultra-wealthy clients are now embracing the low interest rate environment to expand their property portfolios further, as they redirect funds into their business interests, the stock market and other investments,” Ms Ciesielski noted. 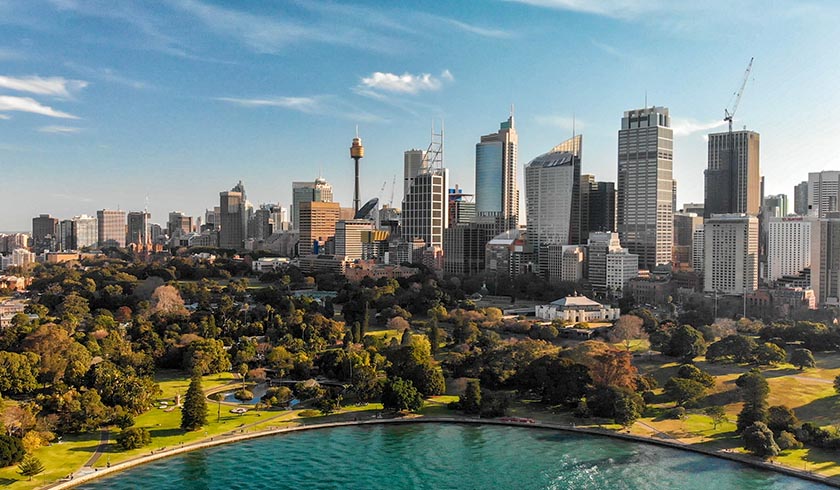