A big four bank has conceded that its earlier property growth forecasts were overly cautious, while predicting that a tightening of macro-prudential policies will stem price growth in 2022. House prices will gain 18 per cent nationally in 2021, including 22 per cent in Sydney alone, despite a prolonged COVID-lockdown, Westpac said in its latest market update.

But despite stronger than expected house price growth in 2021, the big four bank has forecasted growth to slow to 5 per cent in 2022 on the back of deteriorating affordability and macro-prudential policy, which could kick in around March-June 2022.

“Moving into 2022, market dynamics and policy changes are expected to become more prominent drivers – specifically: deteriorating affordability is likely to weigh on owner-occupier demand, and a tightening in macro-prudential policy settings will restrain the supply of credit,” Westpac’s David Llewellyn-Smith said.

According to Westpac, prices are then expected to decline 5 per cent in 2023, as stretched affordability in most markets combines with the RBA’s first rate hike cycle since 2009.

In fact, Mr Llewellyn-Smith highlighted that an already present deterioration in affordability is weighing on buyer sentiment.

New lending to investors is currently growing quite rapidly (+30 per cent qtr) but is still at a relatively low level, accounting for around 25 per cent of the total value of new finance approvals compared with 45 per cent in 2015.

But with housing credit growth to exceed 7 per cent by the first half of 2022, Mr Llewellyn-Smith believes a policy intervention is likely to be triggering.

“The precise response will depend on the composition of lending over the next year. If there is a rise in particular loan types viewed as riskier, these may be capped,” Mr Llewellyn-Smith said.

“If gains are driven by a more general lift in credit growth, the regulator may instead place a limit on aggregate lending for investors.”

Until then, prices in Brisbane and Hobart are expected to reach growth of 18 per cent, followed by Melbourne with 16 per cent, Adelaide with 14 per cent and PerthPerth, TAS Perth, WA in last place with 12 per cent.

As a result of the expected macro-prudential tightening in 2022, Sydney’s growth is predicted to peak at 4 per cent, equal with Perth. Brisbane is seen to top the chart with 8 per cent growth, followed by Adelaide and Melbourne in second with 6 per cent, and Hobart with a slim 2 per cent.

A slowing in the housing market in 2022 is not, however, expected to discourage the RBA from lifting the cash rate in the March quarter of 2023.

“Those decisions will result from the bank achieving its full employment and inflation objectives through the second half of 2022,” Mr Llewellyn-Smith said.

The combination of rising rates, stretched affordability and macro-prudential policies is expected to land all six major cities in negative territory, with Sydney and Melbourne tipped to record losses of up to 6 per cent in 2023.

Read More
Housing market intervention to wipe out growth by 2023 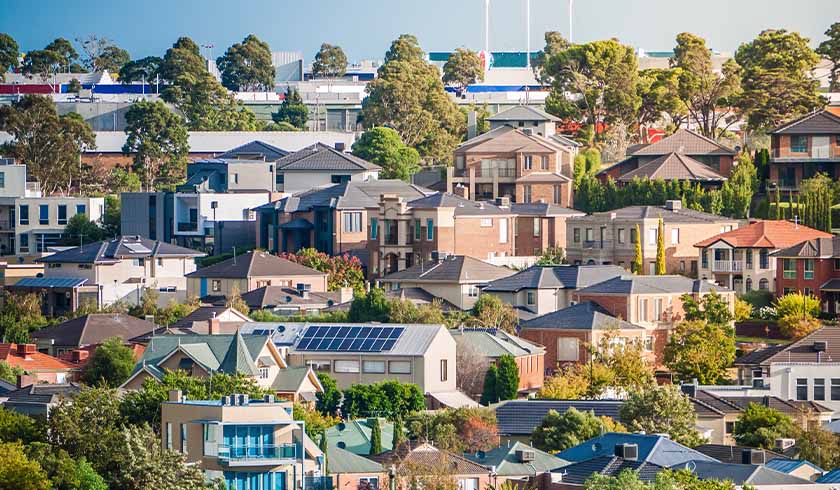