Rental prices have surged over the past 12 months, as many areas continue reporting vacancy rates just above 1 per cent. Currently, the national combined weekly rental price stands at $508 a week, while the combined capital city average stands at a slightly higher $548.

Houses outpaced units over the year, with a rise of 14.6 per cent. Meanwhile, unit rents rose by only 7.2 per cent in the same period.

Looking into the capital cities, Darwin saw the largest annual rise in house rents at 25.3 per cent, followed by Canberra with 13.7 per cent, PerthPerth, TAS Perth, WA with 12.9 per cent, Brisbane with 11.2 per cent and Sydney with 10.2 per cent.

For unit rents, Darwin also held the pole position for unit rents, recording a 29 per cent increase over the past year. Perth followed with 13.9 per cent. They were the only two capitals to see a double-digit rise in unit rents annually.

Only Melbourne saw house and unit rents decline in the past 12 months, at 0.4 per cent and 6.5 per cent, respectively.

According to SQM Research, the rise in rents has largely been triggered by tight rental vacancy rates across the country – at 1.7 per cent over the month of July 2021 or a total of 61,313 vacant properties.

“Current tight rental vacancy rates are driving up rents across Australia… and it is somewhat perplexing to see both regional Australia and the capital cities record surges,” according to SQM Research managing director Louis Christopher.

“Given the ongoing international border closures and still relatively high completions, the national rental market should be at least more balanced.”

The director said it’s possible that leasing conditions could become even more challenging due to rental moratoriums.

“We believe instead that landlords may increasingly be using short term accommodation websites such as Airbnb and Stayz whereby they have a greater say on who occupies their property and the length of time they stay,” he explained.

Looking into the capital cities, the smaller capitals continue to record the tightest vacancies, with Hobart at 0.5 per cent, Darwin at 0.6 per cent, Canberra and Adelaide at 0.7 per cent and Perth at 0.9 per cent.

In contrast, Melbourne Sydney and Brisbane’s vacancy rates were considerably higher at 3.6 per cent, 2.7 per cent, and 1.3 per cent, respectively.

Looking more closely at the Sydney and Melbourne CBDs, vacancy rates were much higher at 6.1 per cent and 5.7 per cent.

Meanwhile, the lowest vacancies were in Hobart, Darwin and Canberra at 172, 211 and 496, respectively.

Looking ahead, Mr Christopher said the balancing of the market may ultimately occur if lockdowns persist through the summer as it could push many people living in Sydney and Melbourne to attempt to move elsewhere.

Depending on where you are, here’s an indication of how much you need to pay for rent on a weekly basis: 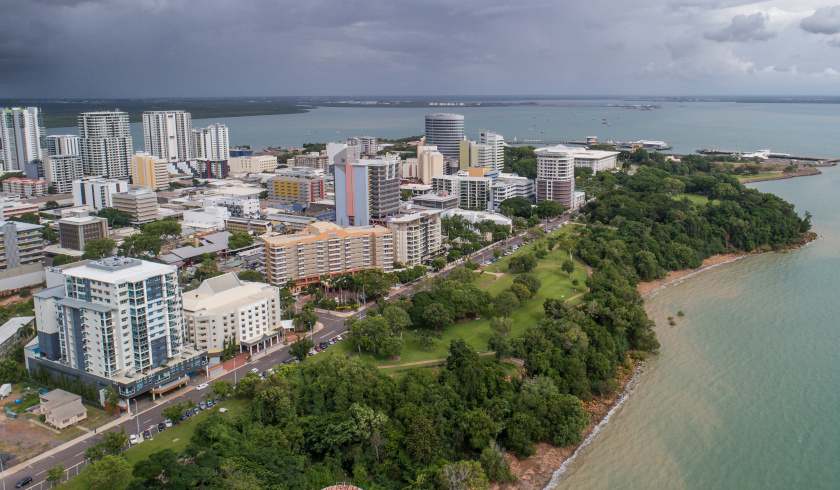