This article will highlight what has been happening in the Brisbane Property Market during August 2021. 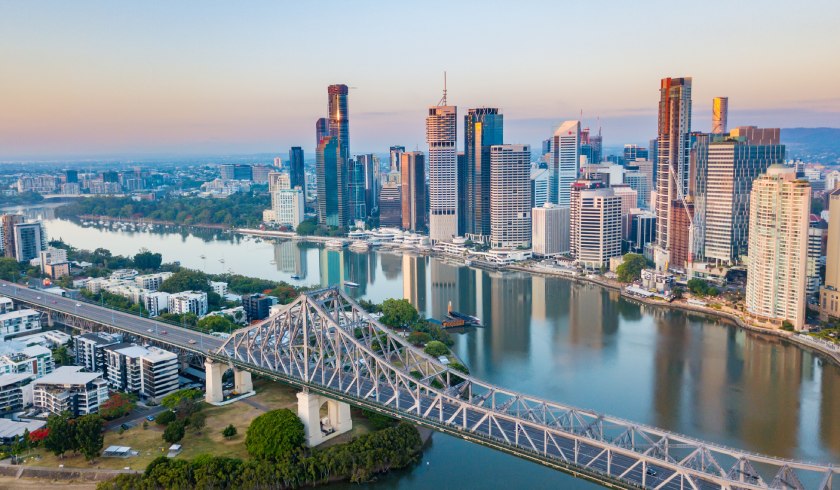 This month started with the short sharp lockdown throughout Brisbane, so buyer and seller activity stalled until the second week of the month. We saw a lot of agents held back their new listings until the lockdown was over, but buyers were back out and active from the first weekend after lockdown was lifted and the backlog of new listings came through in the remaining weeks throughout August. The month has remained strong in terms of price growth in both the housing and unit sectors of the Brisbane market, despite nationwide headlines suggesting that property markets are losing steam. This is simply not the case here in Brisbane.

Transaction activity across Brisbane is strong. According to CoreLogic, sales volumes in Brisbane rose 47.5 per cent in the year to July 2021, an annual change which reflects the heightened demand from buyers across the city.

While new listings have increased 5.3 per cent in Brisbane compared with the equivalent period last year, total listings are down 29.1 per cent, according to CoreLogic. What this means is that more buyers are making compromises and buying properties that may have been on the market for longer.

CoreLogic also tracks the number of sales that have taken place over a given period by the number of new listings added to the market over the same time. For the past decade, the ratio has averaged 0.9, suggesting that for each listing added to the market, there was just under one transaction that took place. Now, this ratio is tracking at 1.4 nationally over the three months to July 2021, and 1.3 in Brisbane.

It really is not a surprise that demand continues to grow given mortgage rates are so low. They have fallen by about 110 basis points since July 2019. This means that housing interest payments as a percentage of household incomes has declined from a peak of 10.6 per cent in 2008 to now just 4.7 per cent across Australia. Mortgage stress is not something that a lot of households have to worry about at the moment.

Despite concerns that mortgage rates were tipped to increase due to the better-than-expected economic recovery at the beginning of 2021, this now looks less likely given the extended lockdowns throughout NSW, Victoria and the ACT. Mortgage rates are one of the most important determinants of housing demand, so with the RBA likely to facilitate a low-rate environment for some time yet, buyer demand is unlikely to taper off in the near future. This is especially true for Brisbane, and South-East Queensland as a whole, where we continue to see an influx of interstate migrants, which is putting even more upward pressure on the demand for housing to rent and to buy.

Let’s take a deeper look into the performance of the Brisbane market throughout August 2021.

The latest Hedonic Home Value Index data by Corelogic released on 31 August 2021, has confirmed that the median dwelling value in Brisbane increased a further 2.0 per cent over the month of August. This is equivalent to the dwelling growth that was experienced in Brisbane throughout July, so there is no change in the momentum of price growth across the city. The current median value for dwellings across Greater Brisbane is $612,377 which is $13,672 higher than just one month ago.

The quarterly growth in dwelling values across Greater Brisbane is now 6.1 per cent, suggesting a slight pick up again since last month, and annual growth for the last 12 months is now 18.3 per cent.

The top end of the Brisbane market is still driving the growth, as you can see in the CoreLogic Data below. This shows that the strongest growth in dwelling values occurred in the top 25 per cent of values in the three months to July 2021, with 6.9 per cent growth in that market segment (up from 6.4 per cent since the end of June) compared with 4.3 per cent growth in the lowest 25 per cent of values across the city (up from 3.8 per cent last month). While both the highest value and lowest value segments of the market continue to show growth over the last three months, the rate of growth at the top end continues to outperform, when comparing the month-on-month trends.

In the Brisbane housing market, we saw median values for the Greater Brisbane region increase 2.1 per cent across the month of August 2021, which is just below the growth that we have been experiencing in the housing sector throughout Greater Brisbane for the last three months. Monthly growth has been trending at 2.2 per cent, so there has been a slight reduction in August compared with the preceding three months. The 12 month change in Brisbane house prices has been 20.2 per cent. The current median value for a house in Greater Brisbane is $691,214 – the highest it has ever been. This is $16,476 MORE than one month ago!

The unit market in Brisbane saw further positive growth in the median value this month, and a further pick up in the momentum of that growth also. July saw an increase of 1.4 per cent growth for units in Greater Brisbane, compared with 0.8 per cent last month. The 12-month growth for units across Brisbane is now 8.9 per cent. The current median unit price in Brisbane is $425,777, which is $6,635 more than one month ago.

The graph below charts the percentage change in property values since January 2022 for both houses and units in Greater Brisbane.

The trendlines here show clearly that the housing sector has outperformed the unit sector every month since October 2020. While the unit sector saw a loss of price growth momentum between May and June, this seems to have recovered throughout July and August.

Below we have charted the actual median values for houses and units across Greater Brisbane since January 2021. You can see houses have outperformed units when breaking the growth down into different asset types in Brisbane.

Vacancy rates at a city-wide level in Brisbane remained unchanged between June and July, staying at 1.3 per cent. The table below highlights where vacancy rates across Brisbane sit at the end of July 2021.

There was a small spike in vacancy this month in the Brisbane CBD, which contrasts with the trends we have been witnessing in previous months. This is something we will be monitoring over the coming months. Otherwise, vacancy remains tight across the city. There simply are not enough investment properties in Brisbane at the moment for the number of tenants looking for somewhere to live. This continues to put upward pressure on rent prices throughout the city.

Rental incomes in the unit market throughout Brisbane have seen an annual increase of 5.6 per cent, up a full 1.0 per cent compared with last month.

Housing rents are still climbing, too, with the annual increase in rents for Brisbane Houses now at 10.1 per cent, according to Corelogic Data, which is 0.7 per cent higher than a month ago.

Gross rental yields for dwellings across all of Greater Brisbane are compressing even further with escalating dwelling prices outpacing rent price growth. According to CoreLogic, at a city-wide level, gross rents have dropped again this month to 3.9 per cent, down a further 0.1 per cent from last month. This is a new record low for Brisbane.

What did we see on the ground across Brisbane during August 2021?

During the lockdown at the beginning of the month, the Brisbane real estate market went quiet, which is typical of what we have experienced in other lockdowns. While private inspections were still possible, these were not encouraged given the risks associated with the transmission of the Delta variant of COVID-19.

One lockdown ended, however, it was business as usual. Open homes on the weekends since have attended have been popular. As expected, the demand returned to pre-lockdown levels almost immediately after Brisbane opened back up.

Everything we have purchase for clients that has been listed for sale has gone under contract with multiple buyers submitting offers. In almost all instances this is also still after the first open home, unless the agent specifically sets a timeframe for when offers are closing which is sometimes a few days after. Auctions have remained partly online, and others have been conducted in person once again. But clearance rates remain high and prices achieved remain strong based on what we have been experiencing throughout the month.

Buyers are becoming increasingly stressed and frustrated. Many don’t understand the pace of the market and what they need to pay to secure a quality home or investment. That sense of missing out becomes disheartening, especially when there is such a small number of options available for buyers to choose from.

Heading into spring we expect conditions to remain unchanged throughout Brisbane. Normally at this time of the year we see new listing numbers starting to ramp up. While new listings are starting to show some more positive signs, there does not seem to be enough properties available for the number of buyers in the market right now.

We still see Brisbane property values climbing substantially in the immediately future based on the real-time indicators we are assessing each week. Time will tell how long this boom lasts. But we have waited a long time for this in Brisbane and it is finally here! 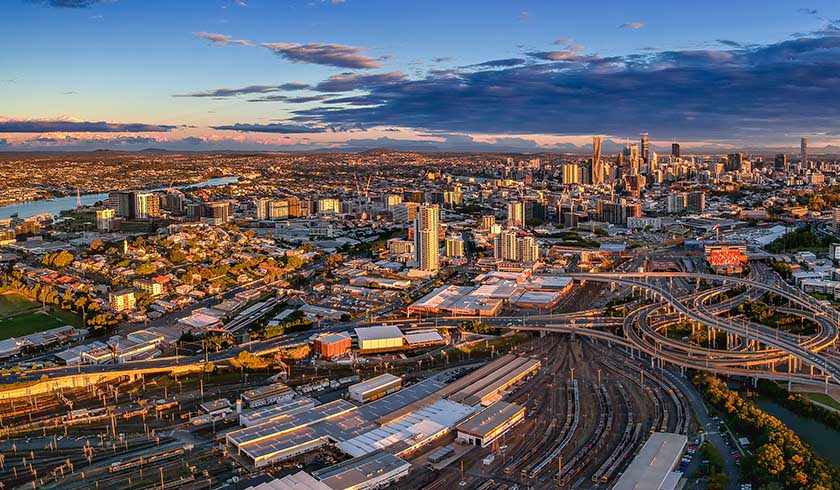 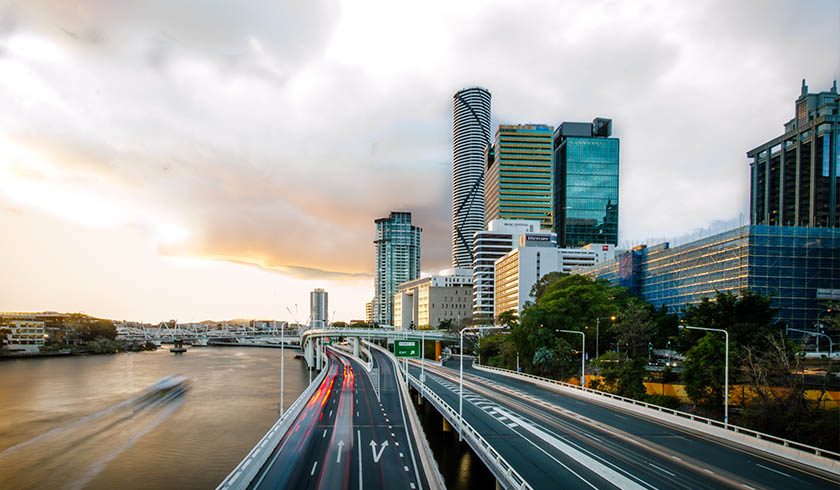