Strong demand – driven by several factors – will outpace supply in 2022 and take rents in capital city industrial markets to a higher level, according to a new report. Knight Frank Australia’s 2022 Outlook Report has unpacked the various factors that will be driving the growth in the industrial market in the coming years.

The report highlighted that ultimately an expected imbalance between supply and demand would put upward pressure on industrial market rents in capital cities.

On the demand side, the report explained that changing consumer expectations and the impact of supply chain disruptions throughout the pandemic would boost industrial occupier demand.

But it also noted trends that emerged from the pandemic, such as panic buying, growing demand for click and collect, and changes in people’s retail habits influenced by uncertainty and a desire for guaranteed outcomes, are all creating upward pressure on industrial real estate demand.

Meanwhile, the report also revealed that the COVID-19 pandemic had put the spotlight on the importance of supply chain stability, with major disruptions to the global supply chain causing significant volatility and a shift in industrial occupier demand.

Data showed that many firms are now looking to mitigate their vulnerability from supply chain disruptions by expanding their warehouse spaces, increasing storage, and processing higher inventory levels. As a result, there is an ongoing scramble for space as the market becomes gradually more competitive, the report explained.

The growing urgency among businesses to find (or expand) their industrial spaces is now evident in the market data, according to Katy Dean, director, head of industrial research at Knight Frank Australia.

“This surge [in] demand has affected leasing take-up volumes, which are currently running 31 per cent above their long-run averages on the east coast, while pre-leasing activity for new buildings grew by 11 per cent in the 12 months to October 2021,” she stated.

The disruption to global supply chains has also caused a resurgence of local, on-shore manufacturing, the report noted, with such job numbers now above pre-pandemic levels due to strong job growth on the eastern seaboard.

The correlation between infrastructure investment and manufacturing demand, along with the increasing rate of e-commerce growth in the country, is likely to increase the impetus for local manufacturers to be a source of growth in the Australian economy. This, in turn, will mean a greater need for industrial real estate, the report said.

Beyond the market for existing space, the strength of occupier demand is also heating up the competition for serviceable and zoned industrial land, with the report forecasting several industrial markets to face a critical shortage in 2022.

As early as now, Melbourne’s south-east, north and west, Sydney’s outer and south-west, and Brisbane’s south and south-west are reportedly facing supply shortages and land values are rising at a rapid rate, indicating supply constraints amid the e-commerce demand tailwind.

In Melbourne, land values are expected to show at least a 30 per cent growth rate (in aggregate) for the year, with growth rates of at least double that possible for medium-sized lots in the north and west.

Industrial land in the Victorian capital’s west region was also noted to be also rapidly declining, with available zoned and serviced land supplies likely to be exhausted by 2025.

In Sydney, industrial land in inner-city locations in all markets is also in low supply, with near to no availability of zoned and serviced land in the near future. According to the report, this is expected to increase the pressure to build multi-level warehousing.

In Brisbane, medium lot values are expected to grow by up to 20 per cent year on year, while Sydney will see at least 12 per cent, with some individual areas in the south-west and outer west likely to close in on 20 per cent.

“The lack of stock in 2022 will put some pressure on deal flow until 2023, and in turn will have an impact on take-up levels which are forecast to be slightly below the peak levels of 2021,” she stated.

She further explained that this imbalance would see rents rise across capital cities, stating: “We are seeing multiple drivers put upward pressure on industrial rents, with the strong and sustained demand also pushing down vacancy of existing stock at a rate that developers are unlikely to be able to deliver new stock to address.”

The expert also brought attention to mitigating factors, such as the conversion of underutilised space, that may help release some of the pent-up demand. Despite the potential employment of these methods, she commented it is unlikely that supply can be increased enough to meet short-term demand, particularly from large users in 2022.

She concluded that based on the multitude of factors driving upward pressure in the industrial market, it is likely that 2022 will deliver strong rental growth in the industrial sector across all major Australian cities.

The report forecasts rental growth among capital cities to be led by Sydney and Melbourne with 5 per cent and 6 per cent respectively, with at least 4 per cent growth expected in 2023.

This growth has also seen flow into the secondary property market, where the value of older style facilities in areas with close proximity to transport networks or end-users is growing rapidly.

In smaller cities, Brisbane is seen to record a 4 per cent growth forecast for 2022, followed by PerthPerth, TAS Perth, WA and Adelaide with 3 per cent.

In 2023, Adelaide and Perth are expected to notch between 3 per cent and 4 per cent growth, while Brisbane will take the lead at 5 per cent, as current take-up trends indicate it will be at least another nine months before it keeps up with the growth rates projected for Sydney and Melbourne in 2022.

Ms Dean also noted that despite the optimistic outlook and market momentum picking up, rental performance in capital cities (with the exception of Sydney and Melbourne) has been “distinctly underwhelming” in recent years.

“[It] is really only the inner fringes of Sydney and Melbourne that have seen solid growth, with other precincts across all cities largely flatlining,” she commented.

“The growth outlook is being driven by headline rental growth, with the early phases of this cycle emerging in the second half of 2021 pointing to strong growth of at least 5 per cent for Sydney and Melbourne.”

In most markets, she pointed out that incentives have started to reduce as the structural trends behind the demand continue to increase.

In conclusion, Ms Dean said that the land shortages, alongside the current supply-chain disruptions and rising costs associated with development, are increasing the barriers to supply in cities around Australia.

“Expansion of e-fulfillment will continue to result in competition for not just infill locations but also transport-oriented outer locations, leading to a continuation of the growth trajectory for land and rental values in 2022.”

She noted that while some of these pressures will start to correct themselves when future land is released and when the dust settles for supply-chain disruptions, market commentators can expect it will not likely occur for at least another 12 to 18 months. 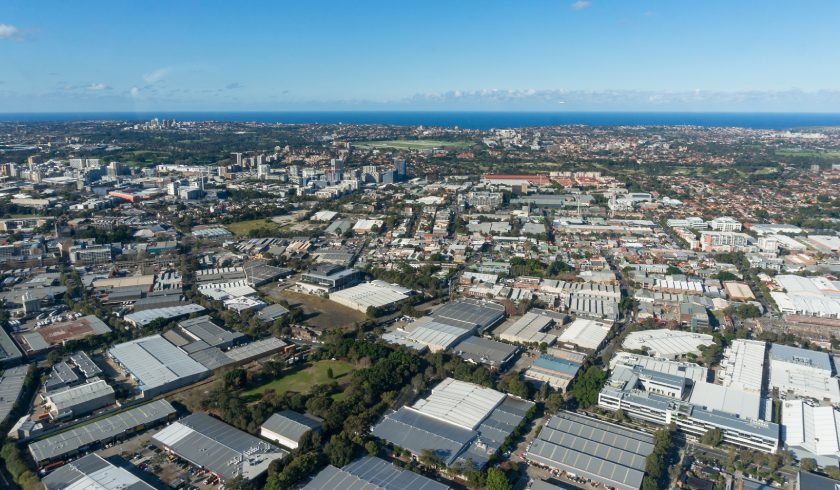