The best suburbs for property growth in 2022

Properties in these suburbs are expected to grow in value over the next year. Following house price rises of more than 20 per cent across the country in 2021, a new report has identified a number of key suburbs where growth is still expected in 2022.

Property investment specialist Paul Glossop from Pure Property Investment has compiled a list of suburbs where residential property is still predicted to grow in the year ahead.

“There are some amazing opportunities in the market in 2022 and although certain suburbs property markets have been leading the nation in 2021, there are a whole new set of suburbs set to boom in 2022”, said Mr Glossop.

Situated 51 kilometres from Newcastle, Blue Haven on the Central Coast of NSW currently has a median house price of $580,000. Mr Glossop said that Blue Haven had experienced sound growth during the past year but remained affordable compared to nearby suburbs.

The suburb of Cessnock is located 49 kilometres west of Newcastle and is in proximity to a large range of employment drivers, according to Mr Glossop. It has a median house price of $425,500, with strong growth over the past 12 months and a drop in vacancy rates recorded.

With a median house price of $445,000, Mr Glossop said Singleton Heights was in a similar category to Cessnock due to its location roughly 77 kilometres north-west from Newcastle and its proximity to employment drivers.

An influx of remote workers have moved to Dubbo, 390 kilometres from Sydney, over the past two years. The city’s diverse economy and affordable living are expected to drive strong growth and cash flow in the coming years, while the current median house price is $415,000.

Like Dubbo, a significant number of remote workers have headed to the suburb of Tolland in Wagga Wagga during 2020 and 2021. The suburb has a median house price of $290,000 and is expected to remain strong in growth and cash flow for the next two to three years.

Located on the Hume Highway within driving distance of both Canberra and Sydney, Mr Glossop said Goulburn was positioned well for the long term with tight vacancy rates and an affordable housing market, including a median house price of $470,000.

Roughly 30 minutes drive from Newcastle and 90 minutes from Sydney, Gwandalan on the Central Coast has a median house price of $635,000 with employment opportunities and solid school catchments in addition to close proximity to both the ocean and Lake Macquarie.

Mr Glossop said that Toukley, 54 kilometres from Newcastle, had seen excellent growth in the past year with a median house price of $640,000. The town is seen to be affordable versus nearby suburbs with sound infrastructure, school choices and close proximity to the ocean.

Warners Bay is situated 16 kilometres from Newcastle and has experienced excellent growth during the past two years, according to Mr Glossop, who said its location near the ocean and Lake Macquarie with access to Sydney made it a strong choice for sea changers.

North of the SunshineSunshine, NSW Sunshine, VIC Coast, Bundaberg East has a current median house price of $302,500. Mr Glossop said the suburb is undergoing a resurgence in agriculture, tourism and overall affordability.

Dundowran Beach, 160 kilometres from Noosa, is also undergoing a resurgence in agriculture, tourism and overall affordability similar to Bundaberg East, with a median house price of $697,500.

Centenary Heights is located 4 kilometres from Toowoomba, with a median house price of $400,000. There is currently low supply in established housing, higher rents and vacancy rates below 1 per cent in the suburb.

Situated 78 kilometres from the Sunshine Coast, Gympie has had sound growth over the past three years with a median house price of $342,500. It is expected to remain a strong market for first home buyers and investors amid expansion across the Sunshine Coast.

Located in the Sunshine Coast region of Queensland, Little Mountain has seen very sound growth over the past two years and is also expected to benefit from booming expansion across the region. The median house price is currently $687,500.

Highlighting its proximity to Amberley Airbase, excellent grammar schools and Ipswich Central, Mr Glossop said that Newtown, 40 kilometres from Brisbane, remains an affordable market with a median house price of $442,500 and potential rental yields of close to 5 per cent.

The best suburbs for property growth in 2022 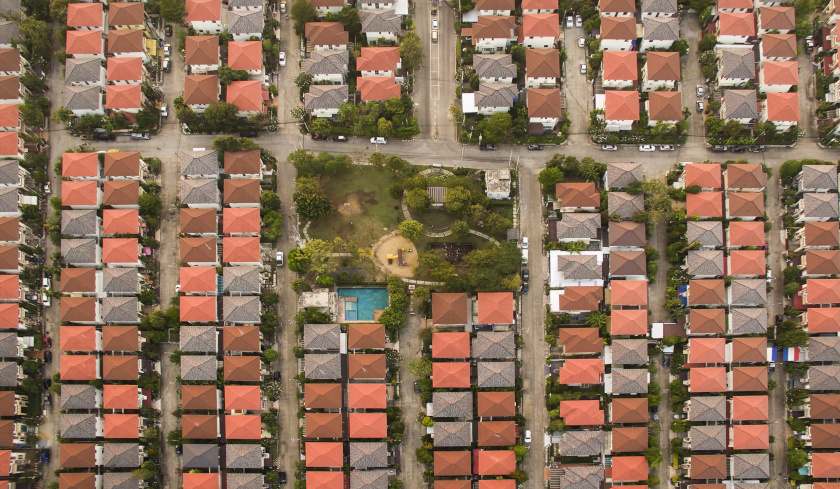