Significant monthly increases in rental supply have resulted in higher national vacancy rates, but the majority of capital cities in the country continue to operate as a “landlords’ market”, according to a new report.

The national vacancy rate edged up marginally to 1.7 per cent in December from 1.5 per cent in the previous month, marking the first increase since December 2020, a report from Domain has shown.

Despite the monthly increase, the figures still remain low compared to previous years, and 0.7 percentage points lower than the same time last year.

Domain highlighted that an elevated number of listings across all capital cities except Hobart has caused pressure on rental markets to ease up and vacancy rates to rise, challenging the nation’s capitals’ status as a landlords’ market.

However, the report noted that it is expected for the rental market to see a boost in supply in December, as the end of the year marks the rental changeover period, with the end of leases and increased number of options overall.

Sydney saw its second month of increased vacancy, up 2.6 per cent from the 2.3 per cent from November. This is the highest level the NSW capital’s vacancy rate has been at since May 2021 but is at the same level notched in March 2020, just before the COVID pandemic hit the city’s rental market and left landlords scrambling for tenants.

On the supply side, data showed that there were 15,000 estimated vacant rental listings in the harbour city at the end of December, indicating a 13.8 per cent increase over the month.

In Melbourne, the vacancy rate rose by 0.2 percentage points to 3.2 per cent over the month, putting an end to the Victorian capital’s four-month streak of declining vacancy rates.

Year on year, Melbourne’s vacancy rates are significantly lower, down 2 per cent from the highs seen in December 2020 in the wake of the extended lockdown.

However, Domain highlighted that the city’s rates still remain elevated and still provide tenants with the highest number of options, with vacancy rates about two times higher than prior to COVID-19.

There were around over 16,000 vacant rentals in Melbourne at the end of December, indicating a 7.8 per cent surge in supply month on month.

Meanwhile, Canberra saw another marginal increase in vacancy rates from 0.9 in November to 1 per cent in December, the highest recorded rate in 2021 seen in August and September during lockdown.

During the month, the city saw a 20.1 per cent increase in the number of vacant rental listings.

Moving on to other smaller cities, Adelaide vacancy rates held steady at their lowest point since Domain records began at 0.4 per cent. Hobart’s vacancy rate was unmoved at a multi-year low of 0.3 per cent.

Majority of markets remain in favour of landlords

While vacancy rates are higher across most capital cities, all rental markets are still operating in favour of landlords, except Sydney and Melbourne, the report stated.

Despite the rise in listings at the end of the year, Domain said tenants would find rental markets to be more competitive than last year across most cities. Looking at the bigger picture, the report showed that the number of vacant properties fell from 54,000 dwellings in December 2020 to 37,000 in December 2021, representing a 31 per cent annual reduction in vacant rentals.

Commenting on the tight conditions and outlook for renters, Domain chief of research and economics  Dr Nicola Powell said: “While we saw a slight increase in the number of available rental properties in December we are very much operating in a landlords’ market.”

She further forecast that the national vacancy rate should continue to see a decline early in 2022.

The expert added that rental markets would be under further strain as borders reopen and the flow of international students, overseas migrants and expats rebound.

Providing more insight, Dr Powell said the pressure would be greater for Sydney and Melbourne as the two cities have historically welcomed more overseas migrants than other cities. 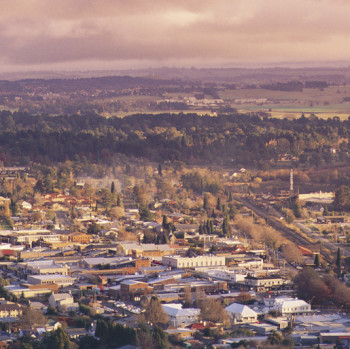 Last Updated: 06 January 2022 Published: 12 January 2022
share the article
Victorian suburbs to watch for in 2022
The 20 Australian suburbs where it’s hardest to rent