The pandemic did not deter high rollers from buying into Australia’s luxury residential market, with a new report revealing that the premium sector performed exceptionally well in 2021. Capital growth for luxury properties across the country rose 9.1 per cent year on year in the third quarter of 2021, according to Knight Frank’s Australian Prime Residential Review.

Despite Australia’s annual growth trending below the prime global average of 9.5 per cent, the report noted that the figures were a testament to the current resilience and strength of luxury property markets amid the pandemic.

On a quarterly basis, the report showed that prices of prime properties – or real estate within the top 5 per cent of each capital city market by value – ticked up 1.5 per cent.

The report expects prime prices to show a final annual growth rate of 11 per cent in 2021, following the release of the year-end data.

The prestige housing market is also expected to continue its bull run this year. The property data provider sees the sector having more legs for growth in 2022, estimating a further gain of 8 per cent.

While the nationwide average sat below the worldwide prime annual growth, several Aussie cities rose above the global average during the period.

Sydney took home the trophy as the strongest performing city for prime residential annual price growth among capital markets, recording a 10.7 per cent increase over the year at the end of September 2021. The harbour city also claimed the 14th spot on a global scale in the same category.

The NSW capital was closely followed by the Gold Coast (10.5 per cent) and PerthPerth, TAS Perth, WA (10.4 per cent). Meanwhile, Brisbane saw an 8.4 per cent increase in prime values year-on-year.

Melbourne, which has been dubbed one of the most locked-down cities on the planet since 2020, fell behind the pack with an annual growth of 6.5 per cent.

The total sales of prime properties during the third quarter across the biggest cities tallied at 1,971, the second-highest on Knight Frank’s record.

While the sales volume is 1.4 per cent lower than the previous quarter, the data represents a 119 per cent rise in prime sales from the same time in 2020.

The report also revealed where the ultra-wealthy is buying. Data showed that the Gold Coast is home to the biggest rise in prime annual sales turnover for 2021 with 156 per cent, with Brisbane coming in at second with 135 per cent growth.

Perth’s prestige market was not far behind with an annual increase of 120 per cent, closely followed by Sydney with 119 per cent.

Only Melbourne failed to record sales volume gains above 100 per cent, clocking in with an 85 per cent year-on-year growth.

Aside from high sales volume, the average number of days a prime property stayed on the market in Australia was 105 in the third quarter, shorter than the 114 days median seen during the second quarter.

Rents for prime properties also increased across capital cities, with a 5.2 per cent year-over-year increase in rates in the third quarter, the data showed.

Perth saw the largest growth in terms of rental growth, registering an annual jump of 11.8 per cent during the quarter.

Meanwhile, gross rental yields for prime property rose two basis points to 2.61 per cent over the quarter. Compared to the same period a year ago, rental yields sat at 2.70 per cent.

In this category, the Gold Coast took home the bacon once more, having recorded the strongest prime rental yield at 3.48 per cent.

Forecast for prime apartments and townhouses completion lower in 2021

Compared to 2020, there are 42 per cent fewer apartments and townhouses forecast to be completed in 2021, with 15,550 currently under construction, according to the report.

Data showed that a total of 26,700 medium- and high­-density new apartments and townhouses were completed in Australia’s prime regions in 2020.

This was 4 per cent below the completed prime developments in 2019 but above the three-year average of 26,425 new apartments and townhouses.

Sydney saw the greatest jump in new prime apartment prices over the period with 10.6 per cent, followed by the Gold Coast with 10 per cent. 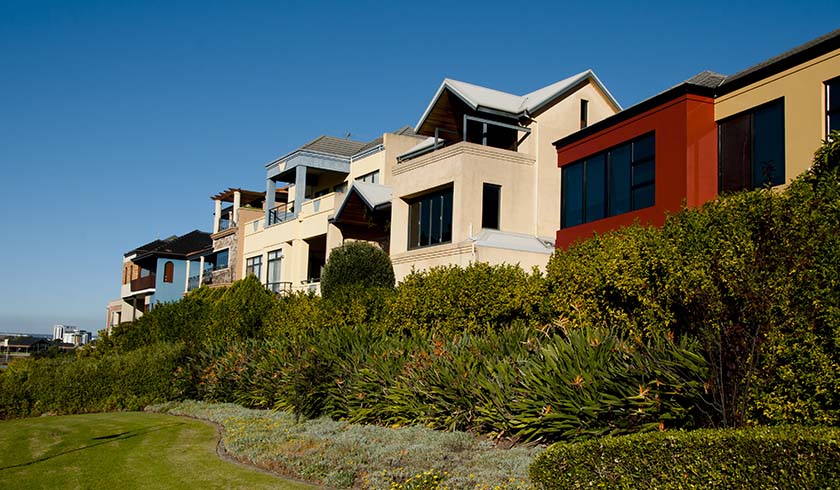