Today’s (21 May) the last day for Australians to vote in the federal election. Here, we’ll be recapping the major property policy platforms of both the Liberal and Labor parties. Australians will be out in force today to decide on which political party will govern the country for the next three years.

Current Prime Minister Scott Morrison, of the Liberal Party, is facing a challenge for the top job from Opposition Leader Anthony Albanese, who controls the Labor Party.

Property was front and centre for much of the lead-up to the federal election in 2019, with negative gearing a clear point of contention for voters. Due to the recent pandemic-induced property boom and rising affordability constraints, this year has also seen a number of property policies wheeled out to voters in a bid to win them over, although the previous negative gearing argument has been put to rest, after Labor confirmed it would continue the property tax program if elected.

So what have the Labor and Liberal parties promised voters in the lead-up to the 2022 federal election?

Both parties have said they would expand the Home Guarantee Scheme

Formerly known as the First Home Loan Deposit Scheme, the scheme is aimed at helping first home buyers and other demographics previously locked out of the property market onto the property ladder.

Anthony Albanese was the first to pledge an extension to the scheme, introducing a policy for 10,000 new places aimed at regional dwellers. He also pledged to conduct six-monthly reviews of the scheme’s price caps for all cities and regions, to ensure the scheme keeps up with pricing trends.

Several weeks out from the election, Mr Albanese had pledged that a Labor government would cut the cost of a mortgage by up to $380,000 for some eligible Australians under its Help to Buy scheme.

Buyers will be able to purchase a property that they intend to live in with a deposit of as little as 2 per cent. Participating lenders finance the remainder of the purchase.

During the period of the loan, the home buyer is able to buy an additional stake in the property when they have the means to do so. Before that point, they will not have to pay rent for the portion of the home owned by the government. The government would recover its equity and its share of the capital gain when the house is sold.

Just this week, Mr Morrison pushed back with a plan of his own: to allow first home buyers to use up to 40 per cent of their super – to a maximum figure of $50,000 – to aid in the purchase of their first home.

Requiring at least a 5 per cent deposit to access this savings pool, this money would need to be returned to the super fund on the sale of the home, plus any capital gains acquired on that portion of the sale.

In its 2022-23 budget, Morrison’s government had allocated an extra $2 billion to the NHFIC, with approximately $1.64 billion committed to the National Housing and Homelessness Agreement (NHHA).

If elected, Mr Albanese has pledged to establish a National Housing Supply and Affordability Council, which would expand on the role of the NHFIC, as well as create a $10 billion Housing Australia Future Fund to build 30,000 new social and affordable housing properties.

Read More
The property policies both major parties are peddling 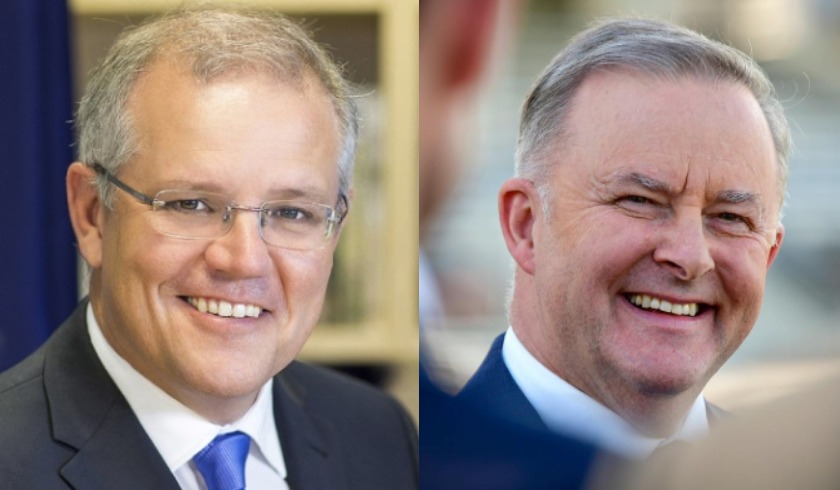