With Australia’s rental crisis only set to worsen, one researcher is expecting certain suburbs to see rents surge by up to $5,000 over 2022 and 2023. Smart Property Investment has previously reported on comments made by InvestorKit founder and head of research Arjun Paliwal, who said that “a rental crisis is often defined by vacancy rates at 1 per cent or lower, so it’s concerning to see this continuing to worsen”.

With Australia’s rental vacancy rate now at its lowest point since April 2006, it’s pushing up rental prices across the board: capital city rental prices saw gains of 11 per cent in the 12 months to March 2022, while regional areas are seeing even stronger growth – up 13 per cent, on average.

With the crunch expected to get worse over the coming months and years, it led Mr Paliwal to predict continued rental surges across a number of key areas over the next one to two years.

You can find a breakdown as to why each of these regions is primed for further rental growth here.

According to the research expert, these areas could see increased yields of anywhere from $2,600 to $5,200 over the next one to two years. Here’s a more in-depth look at why these areas are set to see higher returns for investors:

Situated adjacent to the ACT, the NSW border city is sitting at a record low 0.1 per cent rental vacancy – having dropped over the past three years.

Over the last 12 months, rental prices have already risen more than 13 per cent, offering investors growth of 34.1 per cent over the last decade.

According to Mr Paliwal, rising rental demand is being compounded by a lack of new supply and a low unemployment rate – all factors which will contribute to rent levels continuing to increase.

Boasting a rental vacancy rate of just 0.2 per cent at present, Lake Macquarie’s rate has been in decline since 2019.

In the past year alone, the region’s rents have jumped by more than 15 per cent, culminating in a 36.8 per cent rise for the past 10 years.

Like Lake Macquarie – East, Kiama and Shellharbour have benefited from being coastal towns in close proximity to Sydney.

The region now has a rental vacancy rate of just 0.3 per cent, a decline from the beginning of 2022, which has had the result of pushing up rental prices by 10.8 per cent over the last 12 months. That’s had a compounding impact on the rental rises seen across the last decade, with the area’s rents now 43 per cent higher than they were in 2012.

The regional town’s vacancy rate has been trending downwards since the end of 2019, now sitting at just 0.4 per cent. It’s been a key driver of the 14.3 per cent rental price increase in the area.

Barossa’s vacancy rate has been declining since early 2020 – to the current low of 0.2 per cent.

While Mr Paliwal has noted new house building accounting for 2.58 per cent of the total number of houses, he said it would not be enough to keep up with rising rental demand.

Rental prices in the region have increased 9.3 per cent over the past year, and with supply set to remain low, Mr Paliwal expects rental yields to be pushed even further up by the high market pressure. Over the past 10 years, Yorke Peninsula’s rental prices have lifted by 22.9 per cent.

At the start of the pandemic, Warrnambool’s rental vacancy rate dropped quickly, to now sit at 0.3 per cent. With rental prices having lifted by 40 per cent over the past 10 years, yields have been boosted by 10.5 per cent in the past year alone.

The Victorian town’s vacancy rate has been in decline since the end of 2019.

Now sitting at a low 0.5 per cent, the vacancy rate has put pressure on prices, to the tune of 9.1 per cent over the past 12 months.

The average price of a rental in the area has gone up by 38.5 per cent over the last decade, with low levels of supply in the pipeline leading to expectations that the price crunch is set to continue. 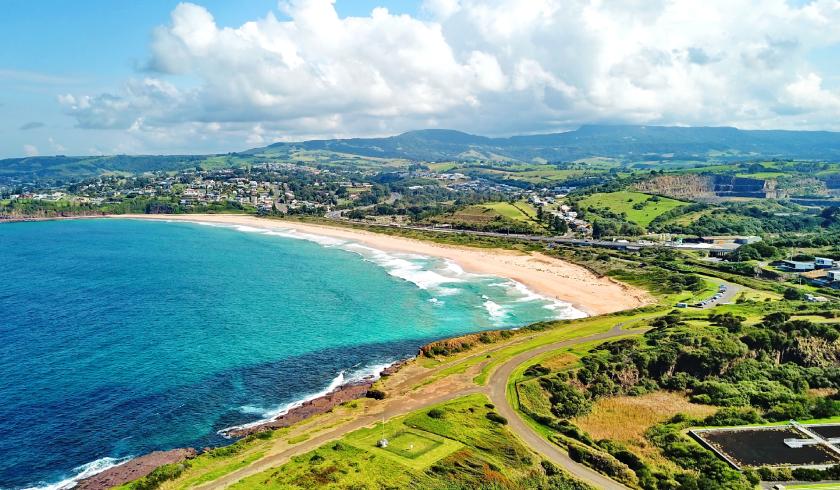