A new report showed that Australia’s property market downturn continued to pick up pace during the latest quarter, as more markets felt the sting of the consecutive rate hikes, rising inflation, and weaker consumer confidence. 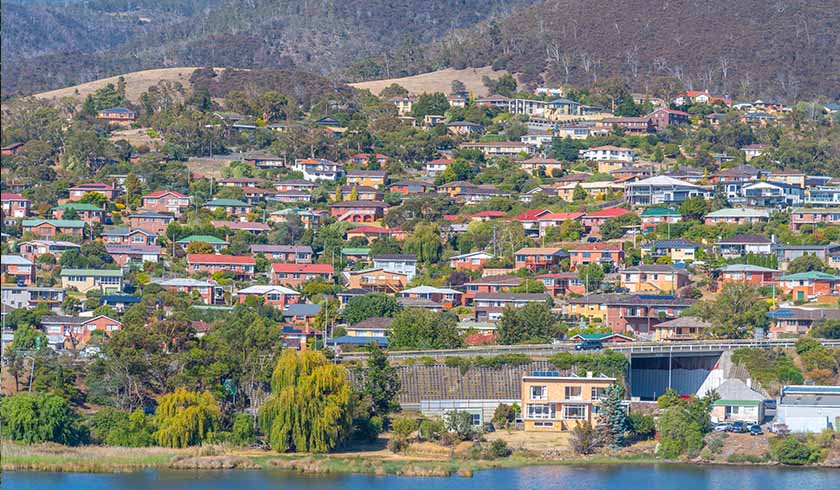 Out of 3,085 house and unit markets analysed across the country, CoreLogic reported that 41.9 per cent recorded a decline in value over the June quarter.

The figures are a significant increase from the previous three-month period when only 23.6 per cent of the analysed markets recorded a fall in prices.

CoreLogic economist Kaytlin Ezzy noted the substantial uptick in the proportion of falling markets compared to the March quarter, when values were falling mostly in Sydney and Melbourne markets.

The expert underlined that hikes in the country’s official cash rate — which has been bumped up by the Reserve Bank of Australia (RBA) from a record low of 0.1 per cent to 0.85 per cent through consecutive rate increases in May and June — had a greater hand in the latest quarterly results.

“This analysis captures two of the three recent rate hikes so it’s not surprising to see the added downward pressure has had a broader impact on the housing market,” she said.

The expert highlighted that while indications of a slowdown and declines in value were already apparent before the rate hikes, the declines are now spreading beyond the two biggest cities and are putting downward pressure on the upper segments of other capital markets.

“[It’s] beginning to impact the more expensive areas of Brisbane, Canberra and Hobart. Historically, premium suburbs are more volatile than the more affordable areas, values shoot up much faster during an upturn, but are among the first to fall during a declining market,” she said.

For a bird’s eye view of the markets, Ms Ezzy cited CoreLogic’s latest Home Value Index, which showed that national dwelling values declined 0.2 per cent over the June quarter.

In the report, the property data provider highlighted that every capital city and broad rest of state region is now past the peak of growth.

A closer look at the data showed Sydney as the biggest loser during the period, with house values in the harbour city falling 3 per cent over the quarter.

But while 81.1 per cent of the house markets analysed in the NSW capital saw a decline in property prices during the latest quarter, it seems the city did not completely lose its golden touch, with three out of four suburbs still boasting a median house value of more than $1 million and with no house markets under $500,000.

Meanwhile, Sydney’s unit market put on a stronger front during the period, with the sector falling 2.1 per cent over the quarter.

The market’s widespread easing was also apparent in Melbourne, as data showed that the decline previously seen across Melbourne’s inner east has become more extensive across the Victorian capital.

The latest data showed that 80 per cent of the city’s house markets fell in value over the quarter, while almost 60 per cent of unit markets tallied declines.

Ms Ezzy reiterated that, similar to Sydney, Melbourne’s unit market is holding its value a little better than houses.

“Units nationally have proven to be slightly more resilient than house markets, which largely comes down to affordability. While units in some of those more expensive inner-city areas are starting to decline nationally, fewer unit markets fell over the quarter than houses,” she said.

Moving on to smaller cities, Adelaide outperformed all other capital markets, with the South Australian capital touting a 5.1 per cent quarterly growth in house values.

The only house market in the city that recorded a decline was Henley Beach South, where values were down by 1 per cent.

Despite its lofty gains this quarter, Ms Ezzy noted that the city is not entirely scot-free from the nationwide easing. “Adelaide has recorded the strongest growth in the past quarter, but has shown an easing in the quarterly rate of growth since February this year.

In Brisbane, Ms Ezzy said that while growth conditions remain positive, signs of tapering growth are becoming more pronounced in the city.

Data showed that 11.6 per cent of markets in the Queensland capital recorded a fall in values during the latest quarter.

Taking a closer look at the city’s housing market, data showed that 120 or 35.7 per cent recorded a median house value in excess of $1 million, up from 33.2 per cent in the March quarter.

Meanwhile, only 10 of Brisbane’s 180 unit markets declined in value over the quarter. Notably, four suburbs in the Logan-Beaudesert region is now one of the country’s most affordable markets, recording median values below $250,000.

Moving on to Western Australia, PerthPerth, TAS Perth, WA’s house values surged 2.2 per cent over the three months to June, with fewer than 20 markets recording a decline in values during the period.

Despite the quarterly growth, Perth’s housing values remain the lowest of any capital city.

Hobart’s median house prices fell by 0.5 per cent to $796,863 in the June quarter,  with more than half the markets analysed recording quarterly falls.

Meanwhile, only three unit markets in the Tasmanian capital fell in value over the same period.

In Darwin, house prices increased by 3 per cent in the June quarter, which brought the city’s median value to currently stand at $588,928.

Only two suburbs in the northern capital recorded a quarterly decline in house values. Unit values rose 1 per cent  for the same period, taking the median unit value to $378,325.

The report also highlighted that while values have softened in a small percentage of Canberra’s house and unit markets in the last quarter, no annual falls have been recorded.