The number of self-managed super funds (SMSFs) in Australia continues to grow rapidly, but not all retirees find taking control of their super is worth the trouble. In particular, many overlook or underestimate the administrative burdens involved.

Today, many advisors make a living helping people into SMSFs. In ten or twenty years, I predict there may be money to be made in helping people get out!

The SMSF juggernaut
The emergence of self-managed super funds (SMSFs) in recent years has totally changed the financial landscape.  Today there are over half a million SMSFs controlling $520 billion in assets. That’s about a third of all super money in Australia.

Ten years ago, SMSFs accounted for less than a tenth.

But have SMSFs become a fad? That is, are people bailing out of master funds and into SMSFs not because the numbers add up, but because it’s what their neighbours and their extended family are doing?

With traditional funds delivering sub-par performance through the GFC (as you’d expect), SMSFs became a BBQ stopper. “Why am I paying these guys to lose my money?”

However it wasn’t clear that this sense of dissatisfaction was tempered with an understanding of the economics or administrative complexities involved in managing your retirement savings yourself.

3 Questions for the SMSF Investor
Generally speaking, there are three things that the SMSF investor needs to ask themselves:
1.    Is a return from the SMSF better than other options;
2.    Is the cost of administering the SMSF less than other options; and
3.    Is the administrative burden greater than the individual is prepared to bear?

The first two of these are objective matters, and straight-forward answers can be calculated with the right information.

Gauging the Benefits
It costs a few thousand dollars to set up an SMSF. After that, the SMSF needs to demonstrate that it is returning financial benefits that are equal to, or better than, any other option. That is, the return should be as good as or better than a managed fund or a portfolio of shares in another vehicle.

However, even on this simple measure, I have seen many SMSFs that are not able to demonstrate that they’re better off for managing their own money. In particular, individual investors find it difficult to adequately price and anticipate the risks involved – many SMSFs simply do not have a properly diversified portfolio. It requires a level of skill that is beyond the capacity of many, if not most, amateur investors.

Balancing the Costs
Some SMSFs may be performing well, and delivering decent returns, but the fees, costs and administrative burdens involved also need to be taken into account.

The Promise of Property
Australians have a particular love affair with owning real property. It is an asset class that they can touch and feel and feel safe and secure with – though any advisor worth their salt will point out that sense of security can be misleading.

When the SMSF vehicle first came on the scene it was restricted from being able to borrow to invest in any class of assets. Following several years of lobbying, in 2007 the Federal government passed legislation that enabled an SMSF in constrained circumstances to borrow for the purpose of investing directly in real estate.

However, it is not a simple process and for an SMSF to borrow and invest in real estate, it faces greater set up costs than an individual. That said the process is far from prohibitively complex and expensive. If the investment quickly becomes positively geared for example, then investing through an SMSF can be an attractive option. For these reasons, many people are gravitating towards using their SMSF to purchase property.

Again in part it concerns me that this also suits people who are being driven solely by achieving close to zero funds management expense by having one asset only in their SMSF. Such people are usually the least able to afford advice which effectively misleads them by omitting to set out certain facts.

The Admin Burden – The Unknown Unknown
The great unknown for many of the 500,000 SMSF members however is the administrative burden. It is not clear that many SMSF investors fully know what they’re signing themselves up for.

The administration activities required of the trustees are not insignificant, and continually ongoing.  This may not be a problem for a younger retiree with time on his or her hands. This is one of the main reasons why SMSFs have become so popular in recent years is that SMSF investors have replaced a team of professionals in a master fund with their own labour hours. It becomes a way of working for yourself tax free at a time when you're looking for a little casual work.

That’s all well and good when you’re in your 60s and early 70s – when you’re fit and bright and retired or employed part-time. A few minutes here and there may not be too onerous.

However, as people move into their later years, the burden of administering an SMSF will inevitably become wearisome, and for some, intellectually impossible. It is not clear to me that most SMSFs are planning for a time when they are no longer willing, interested or able to manage their money themselves.

A Question of Succession
That would be one thing if the burden fell solely on the investors themselves, but we often see SMSFs drawing in other members of the family.

So in good close families where an ageing father and/or mother seek to hand over the burden of sharing the trustee role to a child this can be done. However, clearly such an appointment needs to be made at a time when the existing members are physically and mentally capable – and involves the presence of a child who is willing to take on that work.

At the very least, close attention needs to be paid to wills, testamentary trusts and powers of attorney processes.

SMSFs – The Fall of an Empire?
I think the financial planning industry has failed to sell Australians fully on the benefits of financial advice and portfolio management. It has failed to convince many people that these costs have a commensurate value – that you get what you pay for.

The drive into SMSFs reflects this, with many people thinking they’re better off going it alone. However, SMSF investing isn’t for everyone. Many will not have enough in superannuation to get the quality of portfolio performance for the same cost or less than a master fund in a SMSF.

Many will simply hate the work involved, and over time, will find it too much to bear.

I expect that in ten or twenty years, as the baby-boomers move out of their “productive” retirement years, and into the twilight years of life, there will be an entrepreneurial opportunity to shift people out of SMSFs and back into master funds.

But this is some years down the track, and I expect we’ll probably see the popularity of SMSFs increase before it declines.

Rolf concentrates on business planning and formation, directors’ duties, corporate governance, fund raising and business succession. His major interest is to assist business owners and their financial advisers plan and implement strategies to build and exit from successful... Read more

Be wary of the banks
Read More

What legal advice is available to property buyers?
Read More 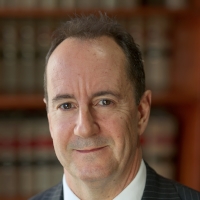