Charging foreign property buyers an additional application fee even if they don’t proceed with the purchase is unnecessary and could cause a slowdown in the housing market, an industry stakeholder has claimed. In the 119-page ‘Report on Foreign Investment in Residential Real Estate’ by the House of Representatives Standing Committee on Economics tabled in parliament last week, the Parliamentary Budget Office suggested that a modest application fee of $1,500 for foreign property purchases would generate revenue of $158.7 million over four years and only amount to 0.27 per cent or 0.20 per cent of the purchase price for an average home in Melbourne and Sydney respectively.

The report said the fee could be put towards additional resources which would enable the Treasury and Foreign Investment Review Board (FIRB) to “conduct more detailed audits to ensure compliance with the law and enhance public confidence that the rules are being properly enforced”.

The report did note, however, that the fee needed to remain reasonable so as not to deter future foreign property investment. The report also said it would be difficult to administer a fee based on the value of the transaction (for example 0.1 per cent of the property’s value), so a flat fee would be the more efficient option.

“I was glad [the report] concluded that foreign investors are a real benefit for Australia,” he said. “But I am worried about the proposal to tax or require a fee of $1,500 from overseas homebuyers every time they make an application to purchase a property – even if through no fault of their own they fail to buy it (for example, if another bidder wins it).”

Mr Henry said the proposal had the potential to curtail foreign investment in Australia but the devil would be in the details.

“If a fee is necessary, it must be applied only when a purchase is made, not every time someone just seeks permission to buy,” he said.

Mr Henry cited findings in the report and said international buyers boost construction, which employs over 1 million Australians. In addition, he said offshore investment ensures there are more properties available for domestic buyers. He also contended that international investors are not competing with first home buyers.

Australia, Mr Henry said, is “uniquely restrictive among our western and English-speaking peers, despite the fact that we depend more than any of them on foreign investment to fund new construction" and noted that “with the market slowing down, this is an awkward time to meddle with something that has been so positive”. 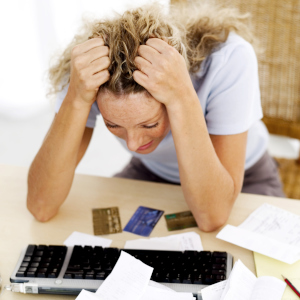