The Greens have pledged to restore a vendor duty of up to 2.25 per cent on investment properties if they win the March 28 election.

This would apply to the sale of all land other than owner-occupied homes and family farms for which the value since purchase has increased by more than 12 per cent.

“The duty was designed to address the combination of capital gains and negative gearing tax concessions introduced by the Howard government,” the Greens said.

“By putting a duty on vendors, the benefits of speculation were reduced, thus taking the edge off housing price bubbles and giving first home buyers a much better opportunity to purchase on a more level playing field with speculators.”

The Greens argue that targeting “property speculators” will help to rebalance the economy.

That in turn will allow the Reserve Bank of Australia to further cut interest rates without triggering a property bubble in Sydney, the Greens added.

“Sydney is at risk of experiencing another property bubble, at the same time unemployment is rising. A whole generation of younger Australians is being locked out of homes and jobs,” they said.

However, Real Estate Institute of NSW president Malcolm Gunning said the reintroduction of vendor duty would damage the property market and the state.

“The data from the last time we had a vendor duty is clear. The NSW government will be significantly worse off, as revenue from total tax collected will reduce because the property market will freeze up as it did last time,” he said.

The Greens are not the only political party to target the real estate industry during this election campaign.

The Coalition government promised to instigate the “biggest crackdown on real estate underquoting in over a decade” if it gets returned. 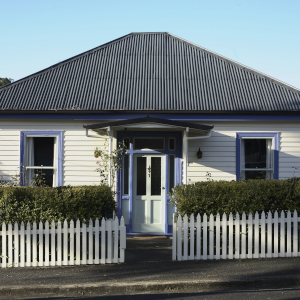