A high-profile strata company has called on the New South Wales government to re-examine proposed strata laws, citing the issue of pet ownership in so-called micro-apartments as untenable. The CEO of a major strata management company has raised concerns over the impact of decreasing apartment sizes on pet ownership policies.

The draft by-laws were released last year as part of the government’s comprehensive review of strata legislation and represent a shift from the blanket banning of pets in new strata developments.

But Mr Raff has said ACE Body Corporate is “concerned that the current legislation does not yet have the correct grasp on this issue”.

Mr Raff cited the approval of small-scale apartment projects in Melbourne, which has different apartment size guidelines to Sydney, as an indication of the living conditions Sydneysiders could soon face.

“We support the idea that design is of greater concern than size, but when projects like Melbourne Quarter from Lend Lease plan to sell properties as small as 25 m² you have to wonder how pets can be a viable option without causing major problems on common property,” he said.

Strata laws should be redrafted to reflect design trends and allow great input from building stakeholders, according to Mr Raff.

“Pets can present health and safety hazards for a community, along with noise complaints, so we want to see the shrinking size of Australian apartments acknowledged in any redrafted legislation without legislation overriding reasonable rules/by-laws suitable to the environment.

“Among other things, the role of bodies corporate and their committees is to respond to the interests of their stakeholders, and much of the existing legislation around pets in strata doesn’t allow that.” 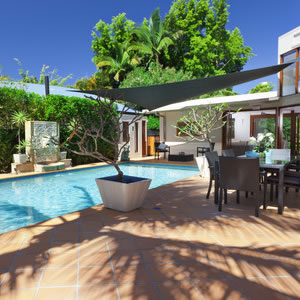