Wealthy clients often hold assets in a family trust. And then the trust principal dies...

One of the primary appeals of family trusts is the flexibility which that structure allows in distributions of income and capital: family and related entities can be assisted as the trustees see fit.

But what happens once the trust principal has deceased? Their will only deals with assets directly owned by them and doesn’t extend to assets held in the family trust.

So, how do you ‘Will’ assets held in a family trust?

What is the process and what are the traps?

This may be because of the trust having been set up to help save tax through splitting the income of the trust between family members on lower tax rates than the client, or perhaps the trust was set up in order to shield investment assets from the possibility of exposure to litigious claims against the client due to their profession or business.

In fact, with the proposed caps being sought to be imposed by the federal government on the amount that wealthy clients can put into the concessionally-taxed superannuation environment, arguably the popularity of family trusts will only increase – particularly where they are established with a separate “bucket company” as a beneficiary so that the tax payable on trust income can be at least limited to the corporate tax rate, which is likely to decrease over the coming years.

From an estate planning perspective, family trusts pose an interesting issue for clients – who typically assume that the assets of the trust are “their” assets. Namely – how does the client pass ownership of assets under their will where those assets are not actually owned by the client in their personal names but are instead owned by a family trust?

The answer is simple. You don’t.

Usually this can be achieved in one (or more) of three ways:
• Passing on control of the trustee;
• Passing on succession of the role of appointor; and/or
• Amending the trust deed for the family trust.

Where the trustee of the family trust is a company, passing on control of the trustee may be as simple as gifting the shares in the company. This is something that actually can be accomplished via a will.

For most family trusts there is a role for someone to be able to appoint and remove the trustee, for example where the trustee has lost capacity. This role is often referred to as the “appointor”, although it can be referred to by any other name (such as the parent, the guardian, the protector, etc). The trust deed for the family trust will usually specify how this role is passed on to another person if the appointor dies or loses capacity, and therefore the trust deed must be consulted for the appropriate method of succession. In some cases the appointor has the right to determine their own successor by written instrument such as a deed or by will. If so, and if the client is the appointor, then the client can achieve by will the passing of “ultimate” control of the trust, by nominating their successor by Will in accordance with the terms of the trust deed.

But ultimately the ability to pass on control of the family trust will depend on the terms of the trust deed, which must be reviewed very carefully.

In particular, and in stark contrast to most modern standardised family trusts that you can buy cheaply online, the trust deeds for older family trusts were usually tailored to the specific circumstances of the family concerned.

Some of the types of provision made in older deeds to ensure the succession of control of the trust included:
• Specifying the order of succession of the role of appointor, eg the trust deed might nominate various persons (typically family members) to be “nominated beneficiaries” of the trust, and on the death or disability of the appointor the role would pass down to the next living and capable person on the list of nominated beneficiaries in the schedule to the deed;
• Specifying who could be the trustee of the trust, eg the trust deed might state that the trustee from time to time could only be a company in which certain family members were directors or shareholders and in certain proportions.

Even then, there is no guarantee that a court will be able to assist. In the recent case of Re Dion Investments Pty Ltd [2014] NSWCA 67, the NSW Supreme Court considered whether the power to vary a trust deed is a “transaction” for the purposes section 81 of the Trustee Act 1925 (NSW), which allows the court to make orders giving effect to certain “advantageous transactions” involving a trust. The Court held that the section did not permit alterations of the terms of the trust instrument – however, it does permit the Court to authorise transactions that in the management or administration of trust property are “expedient” to be undertaken, even where to do so overrides the terms of the trust.

Another recent Western Australian case, Mercanti v Mercanti [2015] WASC 297, was directly about amending the terms of a family trust in order to implement the estate planning wishes of the client. In that case, the validity of purported amendments to two discretionary trust deeds was challenged. The amendments in each trust purported to delete the existing definition of appointor who was defined to be a nominated person and replace it with his son.  After the son purported to exercise his powers as appointor to change the trustee, the original nominated person argued that each deed’s variation was invalid as they were not in accordance with the variation power.

The Court decided that the change of appointor was valid in one deed but not valid in the other deed, based on the wording of the variation clauses.

Ultimately, the ability (or otherwise) to pass on the control of a family trust by any means depends upon the terms of the trust deed, and therefore it will be necessary to have the trust deed reviewed by the appropriately qualified and experienced lawyers. 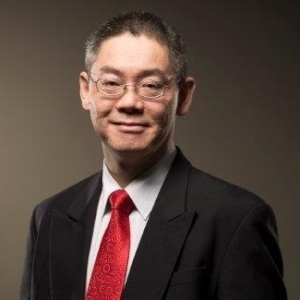 Brian Hor is a special counsel for superannuation and estate planning at Townsends Business and Corporate... Read more