As a government adviser in the housing affordability sector, I was privileged enough to be on the “hill” when Malcolm Turnbull was challenged and defeated as PM.

Not only was I in town as part of my advocacy and advising work but it was alongside my business partner who was a Malcolm Turnbull adviser in a past life. Needless to say, it was very interesting and enjoyable. How I miss the days of Keating doing his thing. Very entertaining.

Many commentators have ignited the debate about negative gearing and how that will impact the property investor with the new change of leadership.

A certain politician who shall not be named (Tony Abbott) instigated and lead a backroom movement to oust a political leader that sat close to the middle and wanted to see a return to its fundamentalist conservative background in replacing the leader with Peter Dutton or the man lovingly known as “Mr Potato Head”.

A move to the conservative right would have meant that the hard stand around any changes to negative gearing would be very remote and would have created an increase in the gap between those who own properties versus those who are renting and TRYING to save to buy their own home. Far right is not a good outcome for the Aussie battler.

What can be said is that the Liberals were likely to regain power (woo, a political statement), and it now seems unlikely as self-interest was put ahead of party for the Libs and they ended up in a position no better and no worse with its leadership than when it started.

They have a new leader in Scott Morrison who is exactly aligned as Malcolm and now has a very big hurdle: to get any voter onside before mid-next year in the federal election.

The centre left Labor party has indicated that they will impose many changes to negative gearing and could possibly abolish it completely; an action that will affect the property investor market significantly if you are not prepared.

A number of opinions have said that this will create a huge amount of properties being dumped onto the market, create an oversupply and then drop prices significantly over night.

That could be argued as untrue; any changes to depreciation have not affected the market in a negative impact unless the doomsayers say that the property price drops that have happened in Sydney is a direct impact of changes to depreciation. It is not; it is due to a property cycle that happens every cycle. A slowing or dropping of capital value is normal. It happened after 1960, 1989, 2004, 2008, 2011 and now 2018.

The whole point of negative gearing is based around you making a loss on purpose to reclaim the tax amount of the loss on the hope that the capital gain will outstrip the loss! In plain terms, you lose $1,000 to get back $300 for the average tax payer. But what if you bought on the SunshineSunshine, NSW Sunshine, VIC Coast or Gold Coast (as an example) 10 years ago? All you did was lose money and lose capital at the same time.

Needless to say, I have a fix to this problem of negative gearing and the bubble bursting: Positive cashflow and LOTS of it. If an investor positive gears a portfolio, the only issue they have is how much tax they have to pay and how they spend the extra money after that.

By then looking at a market mismatch, you have the opportunity to make great inroads into property investing. Most of the market at 80 per cent are looking for rental accommodation are single and couples while 80 per cent of our housing stock are three-, four- and five-bedroom houses. If you know and use the policies across the country to retrofit the large houses into smaller micropartments, you will double your cashflow and get a double-digit return.

Ian Ugarte is the founder of the Australian Housing Initiative and co-founder of Small is the New Big. He is a property expert, educator, author and change maker.

He is and passionate about creating co-operative partnerships between Social Agencies, Government and Private Investors to bring back the genuine connection of community through the provision of elegant housing... Read more

Why is Australian property so unaffordable?
Read More

Read More
Who cares who the Prime Minister is if you have cash flow! 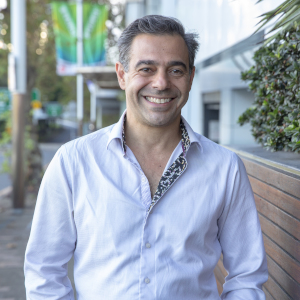