A real estate agency that stole over $220,000 in client funds before collapsing has been fined just $7,500. However, the matter is far from resolved, according to the prosecuting agency. Austpride, which formerly traded as Real Estate Masters in the PerthPerth, TAS Perth, WA suburb of Cannington, was last week convicted of 12 counts of unlawful use of trust account funds, after 12 withdrawals totalling $220,742 were made between August and December 2015.

Of those withdrawals, three found their way into the credit card accounts of the wife of the agency’s manager and another family member.

Three more charges were also laid for failing to adequately reconcile the trust account for October, November and December 2015.

Austpride is now in liquidation, after realestate.com.au lodged an application with ASIC on 11 October 2016 to wind up the business.

Magistrate Matthew Walton at Perth Magistrates Court noted that even though the company is now in liquidation, general deterrence is also of great importance, particularly since this “was not a one-off offence but a continuing pattern of behaviour and sustained deceit”.

The unnamed manager of the agency is facing separate legal action relating to the matter.

So far, it has been the public purse that is being used to reimburse the affected clients. Consumer Protection, WA’s fair trading agency, has so far paid out $133,559.25 to 41 of the affected clients. It stated that a further 17 claims, worth an additional $150,000, are still being processed.

“If it weren’t for the ability of the clients to make a claim on the Fidelity Guarantee Account, there would be many people left out of pocket, some being strata bodies representing the owners of numerous properties the agency was managing,” WA’s Commissioner for Consumer Protection, David Hillyard, said.

“I echo the magistrate’s comments that this case seriously undermines public confidence in the real estate industry and shows the dangers of money held in trust being used for purposes other than what the funds were intended.

“These funds are being held on behalf of clients, and agents are required to ensure that their business practices protect the money from theft or misuse. Unauthorised use of the trust account funds will always be discovered and offenders will face the full force of the law.”

Proceedings are by no means complete, says government

A spokesperson for the Consumer Protection Division of WA’s Department of Mines, Industry Regulation and Safety said that these proceedings specifically related to the breach of company duties, rather than the actual misappropriation of funds.

Those charges are the subject of separate proceedings, which are still underway.

“Consumer Protection is currently pursuing further alleged offences by other parties in relation to this matter. Only at the conclusion of those matters will we see whether the court will order compensation,” a spokesperson told Smart Property Investment’s sister publication Real Estate Business.

“Payments made from the Fidelity Guarantee Scheme also provide the commissioner with the subrogation right to pursue recovery of those payments where it is possible to do so. In some cases, companies are liquidated and individuals are bankrupted as a result of the actions.”

Asked whether a $7,500 penalty acts as enough of a deterrent from engaging in behaviour that results in the theft of many times that amount, the spokesperson replied: “Our role is to bring allegations of breaches against the law, that are in the public interest to do so, before the court or State Administrative Tribunal and I do not comment on the penalty given or the rationale used to determine it.

“It would be relevant to note, however, that the company is in liquidation and a consideration in sentencing is often the offender’s ability to pay.”

The spokesperson added that in addition to financial penalties, “informing the industry and the community about these matters, in [and] of itself, provides a level of deterrence because industry participants know that the regulator is always watching and monitoring events”.

“Prosecution, loss of licence and therefore the loss of livelihood are all common outcomes to these events and therefore reinforce the message that the real estate industry is entrusted with managing other people’s money and there are severe consequences if they do not follow the law.”

Real Estate Institute of Western Australia (REIWA) president Hayden Groves agreed that while the penalty is “light” on face value, any larger fine would have ultimately created more victims.

“I think that the fine to the company itself is inadequate, yet given that individual directors of that company will be facing more serious charges down the track, I think the penalties in the end will be befitting of the crime,” Mr Groves told REB.

“The actual directors of the now in liquidation company will face action of a criminal nature, I’d imagine, and a fine will be far more… in fact, it could be jail time as well.

“The fine of $7,500 is inadequate in its first instance, but that fine is for the company and the company is now in administration… by delivering a higher fine, what you’re tending to, for a company that is in liquidation, you’re actually impacting negatively on any creditors that might still owe money by that company.”

Mr Groves said he believes the level of regulation and deterrence is appropriate, given that such “infidelity for trust accounting practices” is not a common occurrence.

“I do think the deterrents that are currently in place in our regulatory framework for real estate agents are very adequate to make sure that these sorts of people are caught and punished accordingly,” Mr Groves said.

Abuse of trust accounts does “paint a poor picture” of real estate agents, Mr Groves admitted, but he said that it is important to remember that dodgy operators are not isolated to the real estate industry.

“It’s like anything and in any industry — there is always going to be a few bad eggs that negatively impact and besmirch the good name of the overwhelming majority of practitioners in the industry,” Mr Groves said.

Trust is a fiduciary relationship in which a trustor gives a trustee the right to hold title to property or assets for the benefit of a third party. 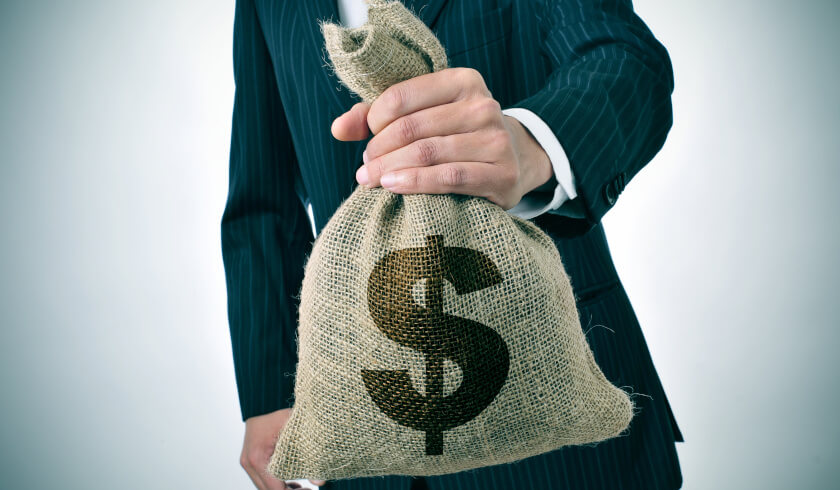 Last Updated: 08 July 2020 Published: 30 August 2018
share the article
Who cares who the Prime Minister is if you have cash flow!
Vic rental reforms ‘unfair, unworkable and impractical’: REIV