A number of state and territory governments are still working through their respective housing support and rental relief measures for landlords and tenants, so what’s the latest?

On Wednesday night, Queensland’s Parliament passed new laws to enact the eviction moratorium first alluded to by the Prime Minister in late March.

Landlords will be required to abide by the moratorium, aimed at preventing struggling families from being forced out of their homes, if they prove loss of income due to COVID-19.

The legislation, which also serves to protect commercial tenants, will see landlords and tenants across all rental properties referred to a government guide to resolve rental agreement disputes.

Under the new laws, tenants will be able to negotiate rent reductions with their landlords, provided they have suffered a 25 per cent loss of income or the rent payable is more than 30 per cent of their income.

A previous iteration of the legislation was heavily skewed towards tenants and would not have needed proof of loss of income for a rent reduction to be provided.

The largest state has just announced a $154.5 million relief package, aimed at supporting tenants and landlords, as well as the construction industry.

$30 million in grants of up to $2,000 (or the equivalent of four weeks' rent) will be provided to residential tenants who have lost their job and are facing financial hardship, in an effort to help preserve tenancies and reduce the risk of exposing landlords to financial hardship.

These grants will be provided in addition to any rental reduction negotiated between tenants and landlords, with the scheme available to: tenants or sub-tenants who have lost their job, applied to Centrelink for income support, have less than $10,000 in savings, and are still paying at least 25 per cent of their income in rent, the government outlined.

According to the state treasurer, Ben Wyatt, these grants will be available on a first come, first served basis to encourage landlords to negotiate early with tenants who are doing it tough.

"We've opted to provide targeted assistance that supports both tenants and landlords of commercial and residential properties," he said.

"In most cases, the one-off grant of up to $2,000 will provide greater assistance for residential tenants and landlords in comparison to the residential land tax reductions other States have recently introduced."

The government will also be putting $100 million towards land tax relief grants payable to commercial tenants; This will require commercial landlords to provide rent relief equating to a minimum of three months' rent and freezing outgoings for businesses who have suffered at least a 30 per cent reduction in turnover due to COVID-19.

In addition, grants that equivalent to 25 per cent of a landlord's land tax bill for 2019/20 where an eligible tenant is provided with relief will also be made available.

Another $24.5 million has been set aside for the building and construction industry, in an effort to maintain a skilled workforce during the crisis.

The Victorian government has indicated that the $20,000 First Home Owners grant will remain available for people buying or building a new home in regional Victoria and will be extended for an extra 12 months in another measure to support Victorians through the coronavirus pandemic.

Treasurer Tim Pallas revealed that the change will be included in legislation that the government is seeking to pass in an emergency sitting of Parliament this week.

It gives more Victorians the opportunity to live locally and enter the market for the first time, while also providing certainty to the regional construction industry as we deal with the impacts of coronavirus, it was reported.

In 2017, the Victorian government had doubled the regional First Home Owner Grant available in the state from $10,000 to $20,000 to tackle housing affordability in the state.

To be eligible for the grant, the purchaser or purchasers must be first home buyers buying or building a property valued at $750,000 or less and it must be used as the principal place of residence for 12 continuous months following settlement.

The grant will remain available for first home purchases across 48 councils, with Greater Geelong, Ballarat, Bendigo, Wodonga and Shepparton among the most popular.

The regional grant is part of the “Homes for Victorians” package, which also offers a $10,000 First Home Owner Grant for eligible purchases in metropolitan Melbourne and offers stamp duty exemptions and discounts for new homes up to $750,000.

The Northern Territory will be holding a special emergency sitting on Friday, 24 April to introduce and debate the Tenancies Legislation Amendment Bill 2020 among other legislation.

This aims to support the territory’s landlords and tenants who are adversely affected by COVID-19.

There will be no question time, no notice papers and a sole focus on the delivery of the “emergency” legislation.

It comes after the territory began its rollout of home improvement scheme vouchers on Monday, 20 April.

A total of 19,584 Home Improvement Scheme applications have been received, and these are assessed on a first come, first served basis. The government has indicated that applications will be approved in stages so that the works last for about a year.

To coincide with the scheme, some regulations associated with the planning approval process were temporarily suspended, which has removed the need for applications to be lodged under the Planning Act 1999.

“While building approvals may still be required, this temporary change may shave two to eight weeks of gaining a planning approval, as well as saving Territorians a minimum $181 on costs associated with lodging a planning application,” the government has reported.

“These measures get the Territory through the dry and the wet, and out the other side, when the Territory economy will be ready to bounce back.” 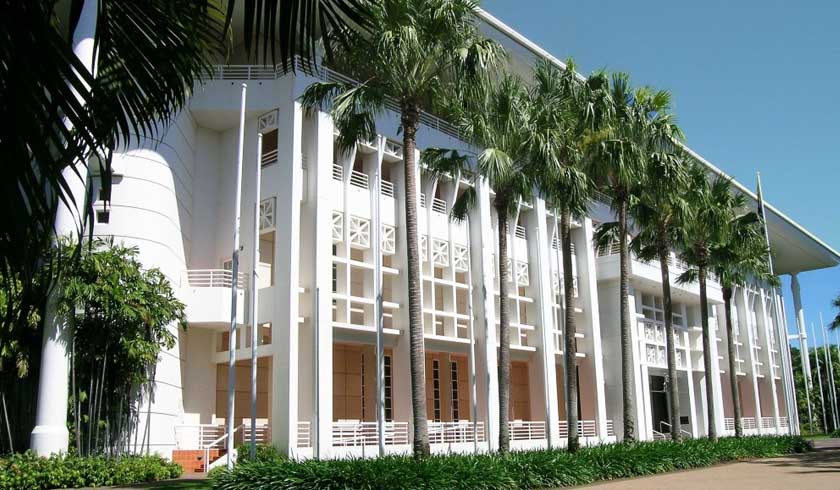