State governments have revealed that stamp duty reform is being considered as part of a broader agenda to restructure state economies off the back of the COVID-19 crisis. Calls for stamp duty reform have gathered momentum over the past few years as a means to addressing ongoing housing affordability pressures.

Some observers, including property research group CoreLogic’s head of research, Tim Lawless have flagged the introduction of a land tax as a potential alternative.

Most recently, the CEO and founder of real estate franchise Upside Realty, Adam Rigby, warned that stamp duty costs were deterring older Australians from downsizing and unlocking their wealth.

According to Mr Rigby, there are more than 100,000 “underused” houses in NSW and Victoria alone, which may consist of one or two people living in an “otherwise empty” six-bedroom house.

In October, NSW Treasury published a discussion paper, NSW Review of Federal Financial Relations, as part of the state government’s review into its revenue arrangements.

Among the areas for review outlined by the treasury was the NSW government’s stamp duty policy, which it conceded has been viewed as a “highly inefficient tax” that serves as a barrier to home ownership and property mobility.

In an interview with the ABC on Monday (11 May), NSW Premier Gladys Berejiklian and Victorian Premier Daniel Andrews have confirmed that stamp duty reform would be considered as part of an economic agenda designed to rejuvenate the economy in the wake of the COVID-19 crisis.

Premier Berejiklian told the ABC that changes to stamp duty, along with payroll tax and regulatory reform, would “absolutely” be considered to help the state economy “become more efficient”.

“You find during a pandemic, you let go of processes which are cumbersome, you forgo red tape,” she said.

“We’re looking at all the opportunities we have as to how we can have a more efficient system during and post-COVID.

“I think it’s a conversation we need to have in NSW but [also] with the Commonwealth and with our state colleagues.”

Premier Andrews added that structural reform would be needed to drive an economic recovery.

“Some of that can be national, but the lion’s share of that will be reform driven by the states,” he said.

“Things like tax, planning, how we make decisions, the sectors we invest in [and] the big infrastructure agenda that so many of us have got going at the moment.

“We’re going to have to look at all of those things, and we need to be less about ideology and more about getting outcomes.

“There’s just going to have to change. If we just assume things go back to the way they were, that would be very foolish.” 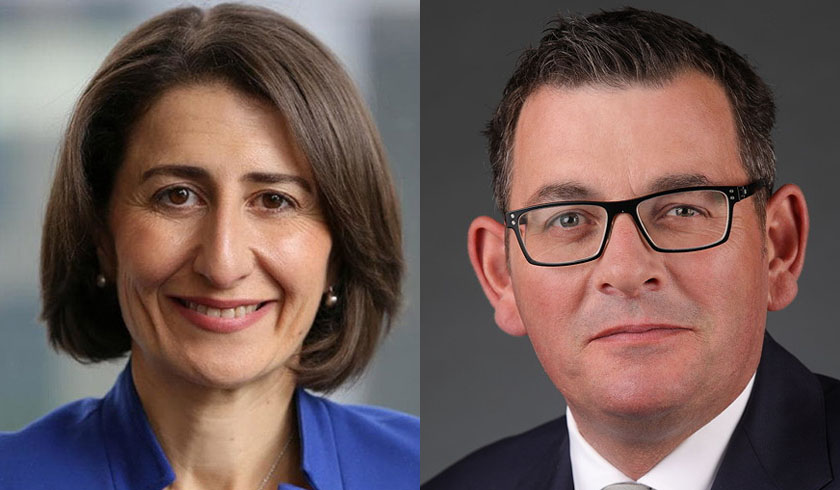