3 reasons to have a testamentary trust will

Every property investor needs a testamentary trust will, a lawyer has said.

According to Brian Hor, a special counsel in estate planning and superannuation with Townsends Business & Corporate Lawyers, you should have a testamentary trust will when you have an expansive investment property portfolio.

But it’s also just as useful for anyone owning their own home.

So, what is a testamentary trust will?

A testamentary trust will is a will that acts very much like a discretionary trust if you are to pass away.

Mr Hor outlined that “a testamentary trust will is simply a will that contains one or more special trusts that act very much like a discretionary family trust that is only set up after you die”.

Like a family trust, the trust has someone who holds and controls the trust property (the trustee) on behalf of a range of other persons who will benefit from the trust (the beneficiaries).

It’s also discretionary, meaning that it is “entirely up to the trustee to decide each year which one or more of the beneficiaries will receive any income generated by the trust assets, and who will receive the remaining assets of the trust when the trust eventually ends”, the lawyer continued.

What are the advantages of having a testamentary trust will?

According to Mr Hor, a simple, old-fashioned will divides a deceased person’s assets (the “estate”) into fixed shares – such as between children when a parent passes away.

But a downside of this, while being straightforward, will also mean the beneficiaries will pay tax on any income generated by their inheritance, at their own marginal tax rate – which could be up to 45 per cent plus the Medicare levy!

By instead implementing a testamentary trust will, those beneficiaries could allocate the income from their inheritance each year between themselves and other family members, such as spouses and children.

It also means they could allocate the assets between beneficiaries in the trust flexibly, too – dependent on the needs of each individual.

“This flexibility allows for changes in personal circumstances so that distributions of income and assets can be made to suit each child’s needs from time to time,” the lawyer noted.

The lawyer also flagged that the inherent flexibility, combined with the tax concessions that apply to testamentary trust income, “gives rise to significant ongoing taxation benefits”.

Mr Hor outlined that under section 102AG of the Income Tax Assessment Act 1936, any income received by a minor beneficiary (aged under 18 years) from a testamentary trust is treated as “excepted trust income” and taxed as if that beneficiary was an adult.

Essentially, this means that unlike a normal family trust set-up, adult tax rates apply – the first $18,200 received by that beneficiary of the trust is tax-free.

“This is unlike a normal family trust set up during your lifetime, where income paid to minor children from the trust over $416 per year attracts ‘penalty’ tax rates of 66 per cent up to $1,307, with the balance being taxed at 45 per cent,” the lawyer explained.

He gave the following example to illustrate the point:

“For example, say, Tom’s will leaves two investment units directly to his wife, Jill. Say, they earn a combined rent of $50,000 p.a. If Jill is on the top tax rate, she will pay tax and Medicare levy of $23,500 just on that income. However, if instead Tom’s will leaves the units to a testamentary trust for his wife and three kids, if the kids earn no other income, then the $50,000 rent can be split equally between them and they pay no tax at all – a saving of $23,500 in just one year.”

According to Mr Hor, if this situation continued for 10 years, the savings would add up to $235,000 – a big difference!

Lastly, the lawyer said the placement of assets in a discretionary testamentary trust means each beneficiary’s inheritance will be protected from lawsuits that could arise from their own business or profession, or even from creditors if they fall on hard times.

“This is because it cannot be argued that the child owns the assets, as they are just one of a number of potential beneficiaries of the trust who only get anything if the trustee says so,” he explained.

This is because the Family Court often treats such a trust as a financial resource instead of part of the matrimonial property that is available for division by the court, Mr Hor explained.

Are there any disadvantages?

But he did make a good point: That for many couples with children, the one-off legal fee could be less than one year’s private health insurance premiums.

“But if the tax savings are anything like in the above example, clearly the testamentary trust will more than pay for itself,” Mr Hor concluded.

Read More
3 reasons to have a testamentary trust will 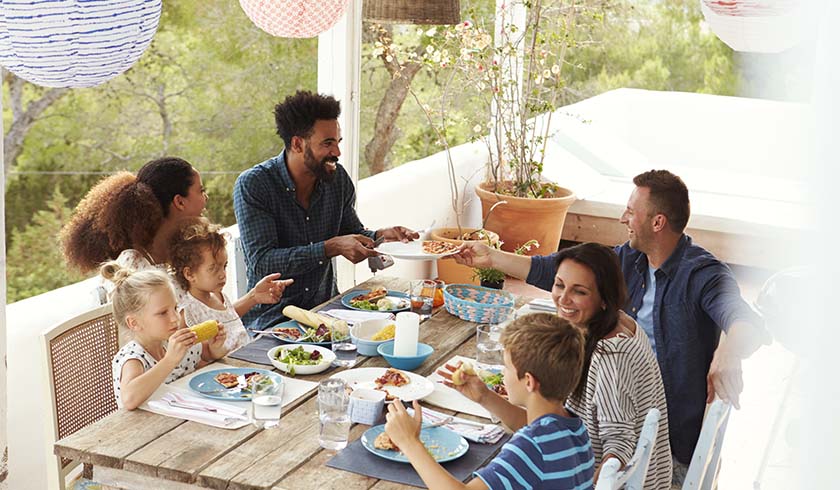