Despite an overall decline in financial comfort levels in the six months to June 2019, investors are more positive than most and optimistic for the future of prices, a new survey has found. In a survey of 1,500 households nationwide, ME Bank (ME) found that Australians were feeling worse about their net wealth, jobs, income and living expenses in the six months to June 2019. This was measured via an index of households’ perceptions of their financial comfort, expectations and confidence, based on scale of 1 to 10 across 11 measures.

According to the bank’s latest Household Financial Comfort Report, which collates the results of the survey, the comfort index decreased by 1 per cent to 5.5 out of 10 over the six months to June 2019. However, this remains slightly above the historical average of 5.46 out of 10 (since the survey began in October 2011).

The report credits the overall decrease in sentiment regarding net wealth, jobs, income and living expenses, to the drop in property prices observed over the six-month period, and a weakening labour market.

Of the 11 components utilised to measure household financial comfort, all but two factors dropped in the six-month period.

The biggest drop in comfort levels was shown in households’ perception of their “net wealth”, which decreased by 3 per cent to 5.54 out of 10. This drop is mainly due to falling house prices around the nation, particularly in Sydney and Melbourne.

The drop in net wealth comfort significantly affected households with mortgages on their homes and investment properties.

Owner-occupiers only paying a mortgage on their home recorded the largest drop of 7 per cent to 5.06.

However, investors had a higher comfort level. For example, those with a mortgage on their own home plus an investment property showed a lesser drop in comfort levels of 3 per cent to 6.59.

Moreover, the comfort with net wealth for those that only had a mortgage on their investment property improved significantly, up 8 per cent to 6.91.

Interestingly, this level was almost at the same mark as those without a mortgage.

The report stated the result of the federal election, released in May, greatly impacted how investors rated their comfort regarding their net wealth.

“Coincidentally, over the six months to June 2019, property investors lowered their expectations for price gains in investment property during the next year.”

These increases prevented a larger fall in overall financial comfort, and appear to have offset concerns about falls in residential property prices.

The report stated: “The increase in comfort with investments is connected with strong rises in local and global equity prices, which appear to have offset any concerns with falls in the values of residential property investments and low returns on bank deposits.”

“Comfort with investments was up for most households, but particularly those who own their own home outright (7 per cent to 6.21), as well as retirees (6 per cent to 5.41) and, to a greater extent, geared investors toward only residential property (up 14 per cent to 7.04).”

Additionally, most property owners (both owner-occupiers and investors) were feeling more positive about the value of their homes over the next 12 months than six months ago.

Of surveyed households living in their homes, 41 per cent expected their dwelling prices to increase during 2019-20, with higher proportions of owner-occupiers expecting market growth in Brisbane, Sydney and Melbourne.

A larger proportion of investors were similarly optimistic, with 46 per cent expecting the value of their properties to increase in the next 12 months.

Jeff Oughton, a consulting economist for ME, commented: “The financial comfort of Australian households eased over the past six months, with a significant fall seen in comfort with wealth.”

“Despite lower mortgage loan rates, expected cuts in personal income tax and higher local and global equity prices, this is largely a consequence of continued decreases in the value of residential property in many parts of Australia.

“Comfort with wealth would have fallen much more if it wasn’t for record bond prices and rebounding share markets as well as the government’s retention of negative gearing toward investment properties and cash refunds for franking credits that saw household comfort with investments increase.” 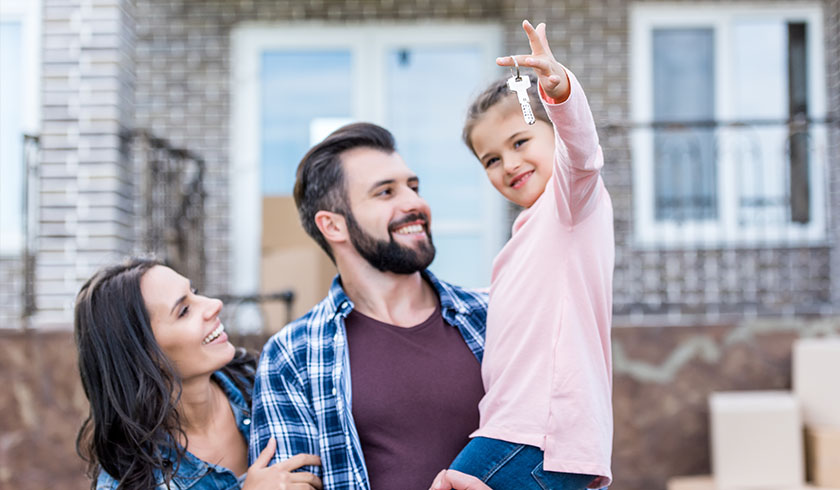