Recognising the unexpected costs of investing can be a challenge, and it’s the cost of lost opportunity which is the most difficult to quantify and evaluate.

The opportunity cost of a decision is the value of the best alternative option. In really basic terms, it can be a tangible thing such as, “If I spend $100 on these new shoes, I won't be able to afford to go for dinner this weekend”. Or it could be a non-monetary cost like time or effort, “If I skip the gym in the morning, I’ll have more time to sleep in”. In both instances, something is sacrificed (dinner out or going to the gym) because you’re not able to do both at the same time.

If an investor neglects to factor it into their decision making, they won't know their real costs, and therefore what their real profit is. Let's consider a situation where someone is interested in a basic property development and they anticipate they will make $100,000 in a year via this option. A hundred grand seems really tempting, but what was the best alternative use of the funds they would have contributed to finance that project? Perhaps they could have bought another property which needed no work, in an area that experienced 8 per cent growth in the same time frame, increasing the value of that property by $60,000. Considering this opportunity cost, the value of the development project is now only $40,000 ahead of the buy and hold strategy.

Yet, there are even more hidden costs in this scenario – the intangible price of that person's time in planning the development, the risk involved in build prices blowing out, the effort in coordinating and managing the project and the potential stress involved throughout the process. We also need to consider what they want to do next – will they purchase again? If so, their $40,000 profit could be whittled away by the stamp duty of the next project. Selling the development also forgoes the potential for ongoing compounding capital growth in that property and there's also capital gains tax which the developer will need to pay on any profits.

This example takes into account just one of many scenarios which illustrate hidden costs. One which we see all too often is the value of lost opportunity in waiting it out. This can show up in many forms, from procrastination to laziness to fear. What it essentially means is that a prospective investor chooses to wait. They may be waiting because it’s more comfortable than taking a risk. They may be waiting because they feel the market is about to drop. Either way, if their decision to wait is not the right one, a rising market can obliterate the advantageous position they could have found themselves in if they had purchased when they could afford to. A market which is running at 8 per cent per annum can make or break an investor's chance of actually entering that very market. We’ve witnessed many a buyer who wishes they bought into a particular suburb when it was still within their budget, yet after procrastination or delay have now found themselves canvasing the next postcodes out.

Another hidden cost which is even more detrimental than doing nothing applies to those who do something, yet get it wrong. From headstrong bargain hunting to lack of due diligence, we see shocker purchases often. A slow decision is one thing but a bad decision is costly. The rate of capital growth can be seriously undermined with a badly-selected property asset. The cost of due diligence, professional advice, buyer’s agent fees or even the time spent talking to a qualified, capable broker can’t be underestimated. If two properties are modelled against each other for a twenty-year buy and hold period and one tracks at 7 per cent, while the other tracks at 6 per cent, the hidden cost is substantial in the long term.

There’s no cookie cutter approach or formula for determining hidden costs, as it often involves speculating on what could happen in the future. People also tend to value their time and effort very differently. A busy person with limited spare time might place a premium on a straightforward and easy option, even if it gives them a significantly less monetary return. Hidden costs often can’t be seen or physically measured, but they should never be excluded from the equation. 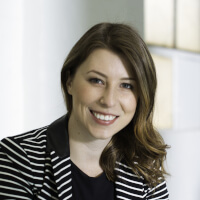 Amy Mylius is a Buyer's Advocate with Cate Bakos Property in Melbourne and a Licensed Real Estate Agent. She has a Commerce/Arts Degree and a Certificate IV in Property Services. Amy has a background in property leasing and previously owned her own business in the energy efficiency field. Amy has strong research and analysis skills, which she applies to all facets of property investing, including historical sales analysis, rental appraising, cashflow projection and suburb... Read more

When do you cut your losses and sell?

The problem with buying a bargain

Keep your friends close and your agent closer

Developing a brief for your property search: Part 1

share the article
How often should you increase your property’s rent?
The biggest mistake made by Sydney property investors