Have you ever wondered about the psychological aspects behind auctions? A phenomenon called ‘social proofing’ has a lot to answer for – and if you understand it you can use it to your advantage.

Finally someone calls out a bid, and all of a sudden there’s a flurry of hands in the air.

Auctions are a great example of ‘social proof’ – a psychological phenomenon where other people’s actions reinforce one’s own decisions. Imagine you’re heading out for breakfast and there’s two café’s side by side – one is empty, and the one next door is full. You are more likely to chose the busy one, because the assumption is made that something must be wrong with the empty cafe if nobody’s eating there. It’s the same at an auction – if nobody is bidding, it can sometimes (often subconsciously) make people question their own judgement. As soon as someone else has put their hand up, it provides validation that no: there’s nothing wrong with the property, and yes: other people do see value at that price thereby triggering the other potential buyers in the crowd to join in.

Social proof can go both ways. If there’s active bidding it can signal to others that the property must be desirable and that its worth fighting for, which often encourages people to stretch beyond the budget they originally had in mind. But if there’s no bidding at all, it can sometimes result in a property being passed in, even though there are people in the crowd who have every intention to buy the property. Without the social proof of competition they freeze up, second guess themselves and begin to have doubts. We’ve seen many properties pass in on a vendors bid, only to have multiple parties then go inside to negotiate against each other.

We often have to remind our clients that a pass in scenario is a good outcome, as we now have the sole right to negotiate and sometimes the opportunity to alter terms or conditions. A property can pass in for a multitude of reasons – the vendor could be holding out for a silly price, the agent may have have lost his leading buyers as they bought elsewhere, other buyers might not have finalised their finances in time for the auction, or perhaps there was a micro glut of similar properties on the market that month. A pass in should never make a buyer doubt all of the due diligence they’ve worked on before the auction around value and suitability.

Private sales in a market which is dominated by auctions can also make people feel nervous, prompting questions like ‘why isn’t it good enough to take to auction?’, and ‘if it’s such good value, why hasn’t someone bought it already?’. When I see a private sale, I see an opportunity to pursue a property where I know what the vendor is asking for, rather than going to auction and not having a transparent reserve. It’s a catch-22 with a private sale which has been sitting on the market for some time – people might be keeping an eye on it but as soon as someone else puts an offer in it could be too late.

Each agent has their own method for dealing with competing buyers in a private sale process. We always prefer a transparent method where the agent holds a boardroom auction or calls every buyer back and forth until ‘last man standing’. The worst situation for a buyer is the ‘best and highest’ method, where no offers are disclosed and each person has one opportunity to submit their offer. As the agent won’t give them another opportunity to increase their offer, they need to ensure this is their ‘walk away’ price. When placed under this pressure, its very rare someone will submit their absolute highest price, as they’ve always got a fear of paying too much in the absence of knowing the other offer. They could be paying $1,000 more than the next highest offer, or they could be paying $30,000 more. This lack of transparency often leads people to submit their ‘hopeful’ rather than their ‘best’ price (which they would have stretched to at auction in the face of visible competition), and have regrets when they miss out on the property for a price they would have paid.

As buyers advocates we need to try and remove all external forms of psychological influence when purchasing a property, and this includes our client’s perception of other people’s attitudes and actions. We rely on more tangible decision making tools such as comparable sales, market conditions and supply/demand analysis, investment grade criteria, rental appraisals and our own local market knowledge. Focusing on sound due diligence allows us to act with our head, not our heart.

Amy Mylius is a Buyer's Advocate with Cate Bakos Property in Melbourne and a Licensed Real Estate Agent. She has a Commerce/Arts Degree and a Certificate IV in Property Services. Amy has a background in property leasing and previously owned her own business in the energy efficiency field. Amy has strong research and analysis skills, which she applies to all facets of property investing, including historical sales analysis, rental appraising, cashflow projection and suburb gentrification. 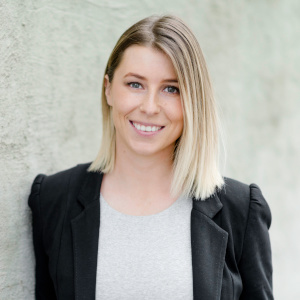 Last Updated: 04 December 2017 Published: 06 January 2017
share the article
Why rentvesting may be the answer to building a larger portfolio
What’s on the property horizon for 2017?