After emerging as Sydney’s 2021 hostpot, the Northern Beaches area is running out of stock, with frustrated punters turning to buyer’s agents for help.

Just 565 properties were available for sale on the Northern Beaches in January – the lowest January figure in more than 11 years, SQM research has shown.

According to STRAND Property Group director and Northern Beaches specialist buyer’s agent Michael Ossitt, the supply-demand equation is “completely out of whack”, with more buyers competing for fewer properties.

“It’s clear that one month on from the Norther Beaches lockdown, the market has strengthened even further, with some sky-high prices being recorded,” Mr Ossitt said.

He noted that the suburbs seeing the most interest include Allambie Heights, North Manly, Collaroy Plateau, North Narrabeen and Curl Curl.

Last month, following several weeks of lockdown, the Northern Beaches quickly became a strong growing region on the back of increasing interest from “out-of-area buyers”.

“One thing we have seen predominantly since the onset of COVID are professionals and families from the Eastern Suburbs, Inner West, Lower and Upper North Shore seeking to move to the Northern Beaches for more space and those lifestyle factors, while compromising on the longer commute back to the Sydney CBD,” Mr Ossitt said at the time.

The Northern Beaches’ quick turnaround, according Mr Ossitt, shows that the lockdown had no adverse impact on the local property market.

“It may have delayed some people’s selling plans, which has dragged available listing down to critically low levels,” Mr Ossitt said.

He is confident that the growth trend will continue.

“Lifestyle has become far more important to all of us over the past year, which, when coupled with working from home, means more people than ever are seeking their own slice of the beaches real estate to call home.”

Last month, buyer’s agents tipped Newcastle, the Central Coast, Wollongong and the South Coast could experience a similar boost to the Northern Beaches as interstate migration away from Sydney to regional areas continues.

“Demand for new-build house-and-land packages will continue to be driven by first home buyers and associated government grants.

“But the new-build apartment market will continue to limp along, hamstrung by reduced level of foreign students/buyers and changing consumer preferences,” Grant Foley said at the time. 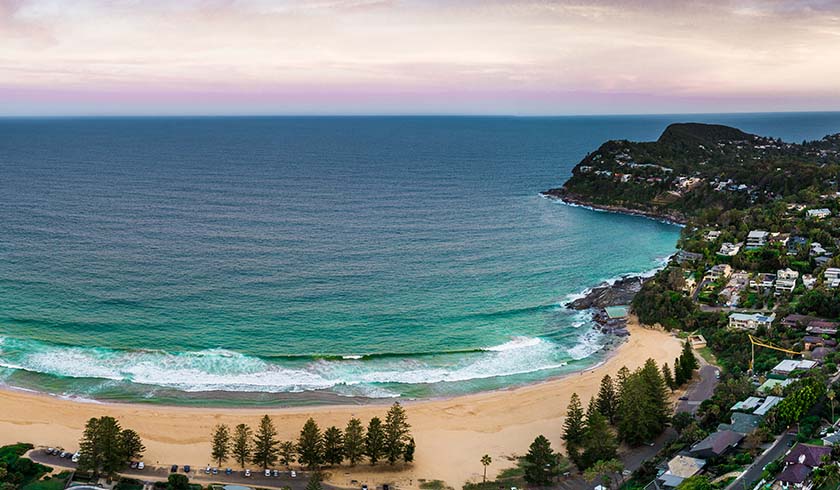