The latest auction figures are showing a booming market, with buyers looking to make the most of the ultra-cheap money, but while their interest is sending prices soaring, this year’s end-February results have been called slightly disappointing.

The February auction market ended with more strong results, and while CoreLogic currently has the preliminary clearance rate at 81.9 per cent, below the previous week’s initial 84.4 per cent figure, the final figure is expected to land well below 80 per cent.

Sydney was host to 844 auctions this week, increasing from 768 over the previous week, although lower than this time last year when 1,087 homes were taken to auction across the city. The preliminary clearance rate came in at 88.9 per cent this week, according to CoreLogic, up slightly from the previous week’s preliminary clearance rate of 88.2 per cent, which revised down to 83.4 per cent at final figures.

Auction Insider reported slightly more favourable figures, but branded what is usually a “Super Saturday of auctions” a “disappointment” compared to last year’s offerings over the same weekend.

According to Dr Andrew Wilson, chief economist at Archistar, vendors could be holding back with signs of lower new listing growth continuing to emerge.

But despite the lower-than-expected figures, Sydney, Dr Wilson said, looks to have hit the boom-time result of 90 per cent. In fact, all other capitals again reported fairly high clearance rates, with Melbourne moving above 80 per cent for the first time in weeks.

“Sydney reported a record weekend clearance rate of 90.0 per cent on Saturday, which was higher than the previous weekend’s 87.3 per cent result and the 85.8 per cent reported over the same weekend last year,” Dr Wilson said, referencing Auction Insider data.

Moreover, Sydney’s Central Coast, North West, Northern Beaches and Upper North Shore were the top weekend auction regions, all recording clearance rates above 90 per cent. The lowest clearance rate reported was the West with a nonetheless booming 82.1 per cent result.

The clearance rate for units was slightly below that reported for houses at 88.9 per cent.

As for the top reported Sydney auction sale at the weekend, that title went to a five-bedroom home at 22 Wunda Rd Mosman that realised $7,350,000.

The luxury “Hamptons-inspired home” sold $1.6 million above the guide price of $5.8 million. 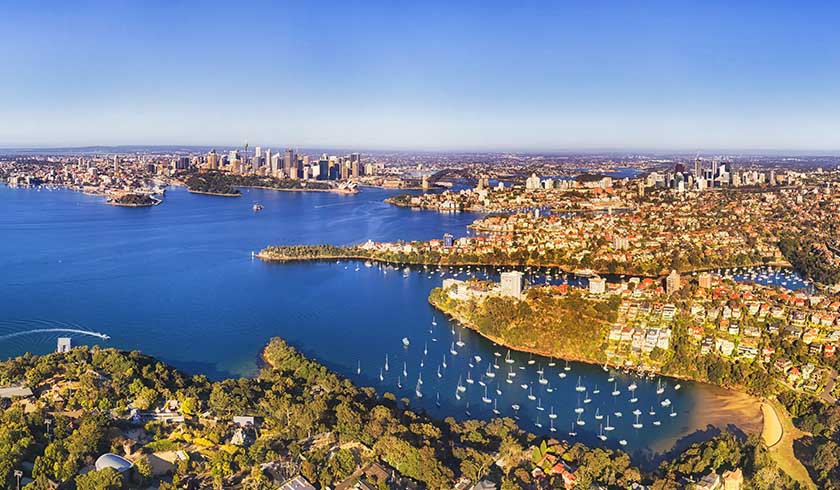