Property investor Eric Brown found himself spending thousands of dollars’ worth of holding fees after his application to develop and turn a Lilyfield-based warehouse into a multi-unit residential property was rejected by the local council. Here’s what happened.

Aside from the purchase price worth $1.73 million, Eric has also spent around $78,000 in holdings costs since June 2017 and another $17,500 for professional services which he uses to develop a plan to challenge the council’s decision.

“It’s a massive burden … and it’s affecting all aspects of my life,” the property investor said.

Eric doesn’t deny that the rejection of his development application, which he received from the council in letter form, came in unexpectedly.

Some reasons for the rejection include:

1. “Lack of privacy to private outdoor open spaces” — Eric has a letter from his neighbours in the adjacent property and on the south side of the property stating their full support for the development project.

2. Inability to provide an on-site storage detention for stormwater — Eric’s engineers advised him to forego putting an OSD in the meantime after getting a mere 14-day notice.

The property investor said: “We're taking away hard stand and putting in deep soil planting for these private open spaces, so we're actually doing better for the environment [since] there are no plants at the moment [and] we're putting plants in. It's a moot point.”

Eric and his team did their research prior to the application. They studied the standards set by other applications which were approved by the council and basically worked within the guidelines stated in the environmental planning policies implemented. Moreover, they had a pre-approval for “adaptive reuse of the warehouse”.

The property investor explained: “When it came to their decision on the DA [development application], they rejected it … [because] they believed … that we weren't reusing existing structure, which … we are.”

“The structures, site coverage stays the same, the green space is obviously improved. The floor to space ratio stays the same albeit that was outside the EDP. We're not making any changes to it.

“My arguments were all … based pretty confidently [on] what was within the rules and regulations,” he added.

Another factor that added to Eric’s frustration after receiving the rejection letter is the fact that he and his team went to multiple pre-DA meetings with the council to discuss his application. He personally met with the town planner to have his application assessed and even walked him through the site to discuss his ideas for the development project.

Eric shared: “[The] council ... pointed out that there was only parking for two. We wouldn't reach the LEP's parking restrictions. [We] also had problems with visual privacy to the private outdoor open spaces. Their recommendation was to pull it back to two.”

“They give you … some feedback, [so] when you do go to put your DA in, you've kind of got a feel for what council wants with the development … [and you’re] not going in blind.

“We thought we addressed every single issue. The surprise ball … that came at us was when the council rejected the DA,” he added.

The council recommended that Eric and his team knock down the warehouse and build two cottage-style fronted houses instead to make use of the private open space in the back, which, Eric believes, is not as “environmentally sensible” as his first plan.

According to him: “Why would you rip these beautiful timbers, hardwood beams, and bearers? They're fantastic … Why would you throw them in a landfill … ? It's just illogical to me. It doesn't make sense.”

No matter how hard the journey has been, Eric believes that there is light at the end of the horizon, and he remains confident that he will succeed in the venture once the council approves his development application. The property investor wants to prove that they’re doing an adaptive reuse of the property since most of the rejection is based on the belief that the project will not be complying with the adaptive reuse policy.

According to him, he has no plan of selling the property and moving on to another investment venture.

“If it got too stressful ... maybe we could get the DA and offload it ... But at the moment, in the current headspace, we've still got capacity for it—stresses and all,” Eric added.

Eric’s journey proves that property development is not an easy strategy to implement.

According to Smart Property Investment’s Phil Tarrant, aside from the financial capability, you need to have the necessary mental and emotional strength in order to succeed in the venture.

He said: “Buyer beware is what I'd say … This glamour of renovating or developing properties and turning them into something which is magical and wonderful and architecturally brilliant and beautiful to look at, [but] it's not for the faint-hearted.”

“Without high risk, you don't get your great reward … You just got to be ready for it, I think. That's the whole message—just be ready,” Eric concluded. 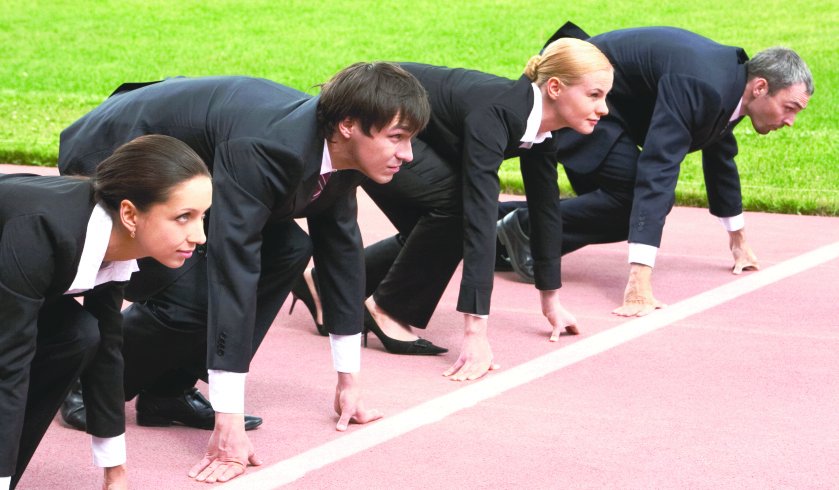