One of the most important decisions when acquiring a loan is whether you should go with a variable or fixed rate. Both have their pros and cons but one may suit your financial goals better. It is essential that you know the differences and how each can benefit you.

Fixed Rate
A fixed interest rate is where your rate is locked in and stays the same for a specific period during the term of your loan. The fixed rate period can range from 1 year up to 10 years, depending on each bank’s offerings. The obvious advantage is you avoid the risk of rising interest rates and higher repayments, however you also miss out on potential savings if it falls. A major benefit of this type of loan is that it allows you to accurately budget as you know exactly what your repayments are going to be. The cons to having a fixed rate are that penalties will be payable if you wish to pay off or refinance the loan during the fixed rate period and most have none or limited additional repayments, which can be a source of frustration if you want to pay off your loan early.

Variable Rate
Variable rate loans, as the name suggests means that the interest rate can change at any time. However most of the changes to variable rate at the lenders are triggered by the cash rate changes from the Reserve Bank of Australia. As a general rule of thumb, if the cash rate drops so should your repayments (as a result of interest rate falling), however if they rise your repayments will increase. This can make it difficult to budget as repayments can become unpredictable. A bonus is that additional repayments are allowed so you can pay off your loan quicker if you wish to. If possible try and plan ahead for any expected rate rises by paying extra into the loan.

Combination Rate
Combination loans allow you to have a part of your loan on fixed and the remainder variable. Most lenders will offer this option. Your loan is basically hedged so regardless of the economic situation your loan will be partially suited to it. The catch is that you won’t get to experience the full benefits of either.

Which loan is best for you?
As a general guide, if you expect the cash rate to be higher than the offered fixed rate for a majority of your term then go with a fixed rate loan but if you predict it will be lower, then choose a variable rate loan. It is important to realise that interest rates cannot be controlled and are always changing as it is affected not only by events in Australia but globally which makes them impossible to predict accurately. There will always be risk for both but the decisive factor should be which option is best suited your financial needs. It’s vital you keep your own financial goals in mind, and take into account your income stream and the need for security or flexibility. 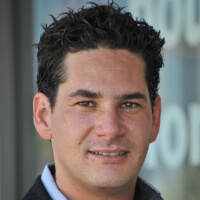 Successfully assisting thousands of Australians with loan enquiries in excess of more than $1 billion, Warren alongside his highly qualified and dedicated staff are equipped to deal with all aspects and complexities associated with the mortgage market.

Over the last two years Warren has been dedicated to growing the business into becoming one of the leading independent brokerages in Australia.

Recently recognised as one of the top brokers in Australia, Warren was awarded the coveted Australian Broker of the Year award in both 2012 and 2013 at the Australian Broking Awards in... Read more

How an equity guarantor can help with your deposit

New comprehensive credit reporting: What it means for you

Cross-collateralisation versus standalone: Which is the best option?