It stated a combination of low interest rates, rising house prices and competition among lenders has translated into a strong pick-up in lending to property investors, particularly in Sydney and Melbourne, creating an “imbalance”.

Households have become increasingly willing to take on risk and debt this year, the RBA said.

It attributed the rise in household credit growth primarily to investors. Investor housing credit has grown at its fastest pace since 2007.

The RBA announced it has launched talks with the Australian Prudential Regulation Authority (APRA) to reinforce sound lending practices for property purchases.

It said risks to financial institutions would increase if investors continued to engage in speculative behaviour.

"The apparent increase in the use of interest-only loans by both owner occupiers and investors might also be consistent with increasingly speculative motives behind current housing demand," the RBA said.

"At this stage the main risk from this strong investor activity appears to be that the extra demand may exacerbate the housing price cycle and increase the potential for prices to fall later."

The RBA said the surge in investor activity had probably priced some potential first home buyers out of the market.

It said the willingness of some households to take on more debt, combined with slower wage growth, meant the debt-to-income ratio had picked up a little in the past six months.

“While this ratio is still within its range of the past eight years at around 150 per cent, it is historically high and hence, any further increases in household indebtedness would be taking place from an already high base,” the RBA said. 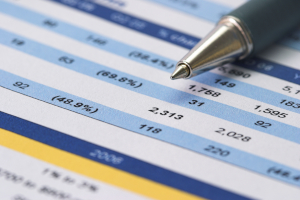