What does a lower clearance rate mean for buyers? What does a lower clearance rate mean for buyers?

Stock levels have gone through the roof over the last month. The REIV released its December Research Bulletin last week and the numbers are something to behold.

According to the report, Melbourne had a staggering 5,700 auctions over November, averaging a massive 1,425 auctions across the four Saturdays in the month.

Sydney was well and truly in on the action on the 28 November, when 1,065 auctions were listed.

The market has moved to become more balanced overall, which is good news for buyers. Clearance rates reached 67 per cent in Melbourne over November, dipping when compared to the highs of the mid to high 80s recorded earlier in the year. With far more stock to choose from auction crowds tend to thin out, meaning less competition to drive bidding and push the sale price upwards. Months with traditionally more stock such as October and November, and February and March, can be generally more favourable for buyers for this reason.

However, buyers shouldn’t get too complacent during these periods. An increase in stock does assist buyers in spreading the competition, but it also brings an increase of less desirable stock onto the market.

Quantity of stock shouldn’t lull buyers into a false sense of security. Quality of stock is still just as important.

The reality is that highly-regarded property is still very likely to attract significant interest from buyers, and competition will still be strong.

National Property Buyers advocate Rob Di Vita assessed a four-bedroom, one-bathroom home in Murrumbeena for a client. Situated in a good location, Mr Di Vita anticipated the property to reach the vicinity of $1.25 million at the 5 December auction.

The property was announced on the market at $1.25 million and emotional bidding amongst five parties pushed the price up to a touch under $1.37 million – more than Mr Di Vita was willing to pay, and arguably more than the property may have been worth.

Late Saturday afternoon, Mr Di Vita discovered another property that his client had significant interest in, located just around the corner from the property that was missed earlier.

The property had passed in and immediately attracted interest from under bidders who had missed out on other properties. Submitting an unconditional offer to the selling agent on Monday afternoon, Mr Di Vita successfully secured the property for $1.203 million.

As this example illustrates, just because there is more stock on the market doesn’t mean there will be thinner competition at auction. It also shows there can still be competition to pick up passed in properties.

On the weekend of the 5 December, there were 1,447 auctions listed with a clearance rate of 63 per cent, according to Domain data.

Looking at the stock numbers and lower clearance rate would suggest buyers could be in with a stronger chance of getting their desired property. But that isn’t necessarily the case.

Buyers should still do as much research as they can on the property or properties they wish to purchase in order to anticipate what the market might do on the day. There can be surprises of course, but being armed with the research and expert insight will only serve to assist buyers and prepare them for auction day.

A Licensed Estate Agent and a member of the Real Estate Institute of Victoria, Antony has a passion for property and has bought for both investors and homebuyers all over Melbourne, ranging from $300,000 to multi-million dollar properties. He commenced with National Property Buyers in 2011 as State Manager and Officer in Effective Control.

His meticulous approach and sound negotiation skills ensures he leaves no stone unturned in his quest to purchase the right property at the right price. With his extensive knowledge, vast network of contacts and overall determination, he is able to achieve the best possible results for his... Read more

Read More
What does a lower clearance rate mean for buyers? 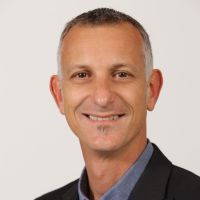