The financial comfort of Australia is being impacted by the cost of living increasing, regardless of improving job conditions and income security, a new report details. In its latest survey, ME’s Household Financial Comfort Index remained stuck at 5.49 out of 10.

ME consulting economist and co-author of the report, Jeff Oughton, said the results were illuminating.

“Households’ comfort with paying their monthly living expenses fell 3 per cent to 6.40 out of 10 during the six months to December 2017, the lowest it’s been since mid-2014,” he said.

“In fact, ME’s latest report shows many households’ financial situation is getting worse and again the culprit is living expenses, with 40 per cent reporting this as a key reason their situation is worsening.

Mr Oughton said around 46 per cent of households surveyed cited the cost of necessities such as fuel, utilities and groceries as one of their biggest worries.

“It’s unsurprising households are still feeling the pinch, given subdued income growth and the rising costs of energy, childcare, education and health.

“If it wasn’t for a decline in comfort with monthly living expenses, the report’s overall Household Financial Comfort Index would’ve likely increased.”

Mr Oughton said that over the past year 16 per cent of households were not always able to pay their utility bills on time, while 19 per cent sought financial help from family or friends and 13 per cent pawned or sold something to buy necessities.

He added that this is a “clear” illustration of bill stress, particularly for those on lower incomes.

But Mr Oughton said one group is bucking the trend.

“Households under 35 years old without children, commonly dubbed the ‘avocado generation’, many of whom have benefited from improved employment conditions without the burden of childcare costs or potentially a mortgage, are not as worried.

He said that their financial comfort rose by 8 per cent and their comfort with living expenses increased 2 per cent during 2017.

Mr Oughton found that the report’s most encouraging result was households’ improved ability to maintain a lifestyle, if income was lost for three months.

“New South Wales’ superior financial comfort can be linked to greater confidence in handling a financial emergency; or loss of income for three months, a reflection of healthier employment conditions in the state.

“Meanwhile, Victoria’s decline can be attributed to falls across most key drivers of financial comfort, including lower confidence in handling a financial emergency and less comfort with investments.”

He said the discrepancy between the two states is significant, given both have traditionally felt similar levels of comfort in the past.

The survey found that more than half of households renting or paying off a mortgage are contributing over 30 per cent of their disposable household income towards this cost, a common indicator of financial stress.

It also found that the proportion of households who ‘worried about their household’s level of debt over the last month’ increased by 1 point to 38 per cent. This proportion increased to 51 per cent among mortgage holders, compared to 27 per cent with no mortgage and 23 per cent who own their own home outright.

“Seven per cent of households reported they could not always pay their mortgage on time during the past year, and 7 per cent could not pay their rent on time,” said Mr Oughton.

“Despite continued improvement in the labour market and general economic conditions, the benefits are not trickling down to many households,” Mr Oughton said.

“For these households it will only get worse as the cost of necessities keeps going up.”

In other findings the survey found SA is still feeling the pinch, with household financial comfort falling by 4 per cent 5.00 out of 10 during the past six months, to remain the lowest of the mainland states.

And that WA and QLD continue to trend higher. Comfort in both states remained “broadly” unchanged at 5.49 and 5.39 out of 10 respectively.

“Both resource-dominated regions are recovering from the mining downturn to be more in line with the level of household financial comfort reported across Australia as a whole,” said Mr Oughton. 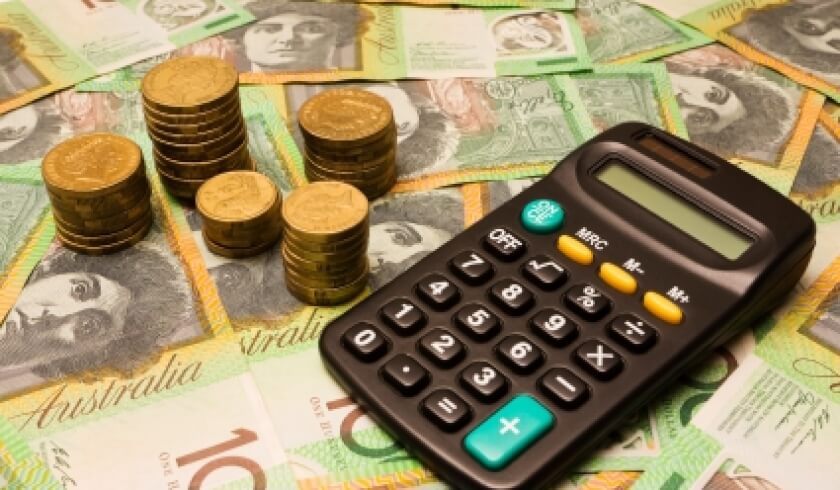