Is it worth taking a loan with a higher interest rate?

Is it worth taking a loan with a higher interest rate?

One of the biggest mistakes I see new investors make is being too fixated on interest rates. Plus, they often forget that interest rates are always relative to what is happening economically at that point in time.

If we look back at the GFC, for example, interest rates were sitting between 6 and 8 per cent and yields were between 8 and 9 per cent in the mortgage belt areas.

Fast forward 10 years and now interest rates are about five per cent and yields are sitting at about 3 per cent, which is a huge turnaround.

The thing is, the differential between yields and interest rates has always been between one to three percentage points in these mortgage-belt areas. So, the only thing that has really changed is the dollar amount that you’re paying for a property.

So, the fundamentals haven’t really changed if we look at these figures apart from the entry cost.

It was only about three or four years ago that if you had a 4.99 per cent interest rate you were doing high-fives. However, now some buyers and investors are saying that an interest rate of 5 per cent is “expensive”.

People have clearly forgotten that the average interest rate has always been around 6 per cent!

The fact is that banks qualify potential borrowers at a much higher rate, meaning that they are factoring in an increase of 1–2 percentage points at some point in time, to ensure people can still service the loan in the future.

Like I said, the problem is that too many people are focused on the interest rate. They’re aiming to achieve the lowest rate from one of the big lenders, which in today’s environment takes the most time.

Generally, in the past, loan approvals could be achieved in about a week from one of the Big Four banks. Today, that timeframe has ballooned out to three weeks because of the additional checks and balances required.

In the meantime, investors are at risk of losing the deal altogether because of the delays in securing finance.

And that’s why savvy investors consider loans with higher interest rates and shorter approval timeframes because they don’t want to miss out on opportunities. Plus, they know that they can always refinance in the future once the property is part of their portfolio.

Chasing a cheaper interest rate when lending conditions are tough means you will be racing to get the loan approved even within 21 days, plus the vendor might opt to not grant you a time extension, if the loan isn’t approved.

Second-tier lenders, on the other hand, are generally not constrained to the same degree and often require less paperwork, which results in a faster processing time.

Plus, you are usually able to get a loan much faster, which means that you don’t miss out on opportunities.

I regularly use this strategy and within a year, or so, refinance via the same lender or even a new one if they don’t come to the party, to a much cheaper rate. Obviously, I have taken into account exit and entry fees for the loans.

I’ve usually also completed a cosmetic renovation, so I’ve achieved a value uplift which is much greater that the higher interest rate has cost me over that timeframe. The key, of course, is to not get fixated on interest rates, within reason.

What matters in the long run is growing your portfolio when you can and using whichever lender – either big and small – that will enable you to make that happen.

At the end of the day, capital growth over time will always be superior to a short-term period of paying higher interest rates.

If you miss out on deals because you think low interest rates are more important than what they truly are, then your portfolio – and your wealth – will likely suffer in the long run.

Read More
Is it worth taking a loan with a higher interest rate? 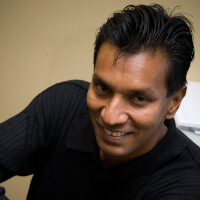