There is a lot of deliberation around how, or if, property investors will be significantly impacted by the coalition’s 2019-20 budget. Here are some suggestions on how a 2019-20 budget surplus might benefit the Australian housing market. Treasurer Josh Frydenberg announced his first budget earlier this week (3 April), and he’s predicting a $7.1 billion surplus. If budget surplus is delivered, it will be for the first time in 12 years.

According to property investor Simon Pressley, speaking on the Smart Property Investment Show, a 2019-20 budget surplus would be one of the key positives concerning the Australian property market at present.

A surplus is beneficial because it gives Australia sovereign savings in the bank, particularly in the face of housing market declines which we are still weathering, among other economic blizzards and blunders.

But it is debatable whether the “return to surplus” will significantly affect property investors in Australia.

The coalition is seemingly selling the possibility that Australia will be “back in the black” to the public like it’s a product with a four-year warranty guaranteed, if they win the election.

However, Australia is still in the red and the end of the financial year will see us in deficit, and while Mr Frydenburg’s forecast of a budget surplus may be endorsable and evidential, but it can’t be guaranteed.

Meanwhile, earlier this week, Mr Frydenburg claimed: “Average families can expect out of this budget that their cost of living pressures will be eased, that there will be more money in their pocket, congesting busting infrastructure... and guaranteed essential services of hospitals, schools, aged care [and] disability support”.

It is also true that the release of 2018’s budget introduced a slew of changes to transport infrastructure changes that could raise the profitability of portfolios Australia-wide, while more-or-less avoiding changes that would negatively impact residential property investors.

Further, according to Mr Presley, to reach surplus is a “massive achievement” and that there has been “very little reported about it”, considering that the relatively recent GFC was regarded as an “Armageddon; the worst the world economy has ever been through”.

The after-effects of a budget surplus for taxpayers could be felt by property investors, however this is a forecast for the time being, as is the surplus.

What does budget surplus mean?

In order to understand what a budget surplus actually means, Mr Presley explained: “Just bring it back onto a smaller scale. If it’s a household budget, if you’re spending more than what you own ... you’re not in a in a good position and eventually it’s going to catch up with you,”

Household budgets that are not “in surplus”, Mr Presley added, are limited by the “nice things” they can do – or investments they can acquire.

He continued: “You then scale that [household budget] up at a federal government level, [and] when the budget is in surplus, that means... for a start they’re paying less interest on debt and that sort of thing, which taxpayers pay for ultimately.”

Do property investors benefit from surplus?

Despite the level of sovereign debt that the Australian government has accumulated, which according to its own budget numbers was around $350 billion in the 2018-19 financial year, Mr Presley said that our finances “are actually in pretty good shape, and a lot better shape than… at any time for probably more than 10 years”.

Further, Mr Presley asserted: “So, it [the budget surplus] also means that the government has a greater capacity to fund infrastructure projects and essential services. They’ve got more money to spend on that.”

He continued: “Again, bring it back to a smaller scale. If it was your household budget, if you had a pay rise or all of a sudden your expenses reduced for whatever reason, you got greater capacity to do things.”

This is a “great thing” at a national level for property investors, According to Mr Presley, because the “biggest influence on any property market is economics”.

“So, if our national economy is better in 2019 than any size of [the] last 10 years… the outlook for our property market is better than what it has been for a long time,” Mr Pressley stated.

Meanwhile Peter Koulizos, chairman of the Property Investment Professionals of Australia, said the budget would not give any direct attention to property investors, and to not incentivise further investment would be dangerous.

“Look, probably investors are less than 15 per cent of the voting public, so from a political point of view, I understand that,” Mr Koulizos explained.

He continued: “But from an economic point of view, property investors play a critical role in the property market… [and] they are probably not going to rely on the aged pension later on, which is going to be great for the bottom line of the federal budget, and property investors are a major part of buyers in the market.

“So, if you disincentivise those people from buying in the market, then of course you’re going to drop property prices, which is exactly what happened in 1985 when the Labor party did basically the same thing. This is history repeating itself.” 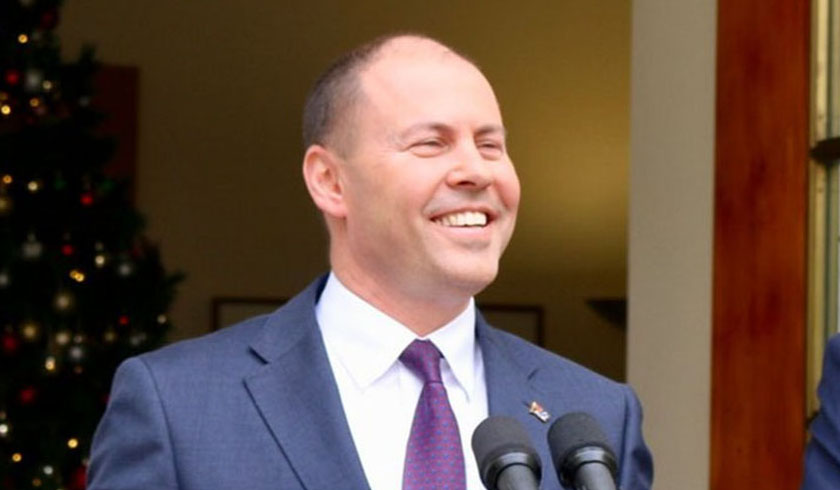