In response to the red flag raised by the Reserve Bank of Australia (RBA), property brokers’ groups think the interest rate risk warning is over the top. Early in October 2020, the Reserve Bank of Australia (RBA) noted in its semi-annual Financial Stability Review that the banking system was generally strong and properly capitalised but that a debt-fuelled spike in home prices needed to be monitored.

The RBA cautioned that “exuberance” in a booming property market was fostering a build-up of debt that might destabilise the financial system, asking banks to maintain lending discipline in the face of the boom.

However, Pete Wargent, co-founder of BuyersBuyers, said anyone expecting price reductions should not keep their hopes too high.

“Low mortgage rates are still appealing to investors, and asking rents are rising considerably more swiftly currently, up by approximately 10 per cent in the last year,” Mr Wargent said.

On top of that, Mr Wargent pointed out that the “housing market activity is solid and likely to go up as Sydney and Melbourne restrictions ease”.

Doron Peleg, CEO of RiskWise Property Research, agreed and pointed out that the RBA laid down a number of requirements that must be met before the cash rate can be raised in 2022, such as the bank’s target of maintaining 2 to 3 per cent inflation over a few quarters.

“Some of the major contributing factors to the current inflation rate include commodity prices and supply-chain issues. These are global factors and are likely to be mitigated over time. Employment conditions and wages growth should be improved solidly over the next few quarters. Still, the immigration reboot is likely to take the pressure off wages growth again later next year,” Mr Peleg explained.

He further expounded that when combined with high levels of underemployment and underutilisation, wage growth and employment indicators are unlikely to improve at the same rate. As a result, when the cash rate is ultimately raised, it’s quite likely that the increases will be modest in order to assess the market impact.

Mr Wargent cited NSW and Queensland as an example, where, due to the present skills scarcity, they are seeing an increase in income for some of their buying clients in professional roles. Furthermore, credit data and unusually high auction clearing rates over the last weeks of October demonstrate that the market is still strong.

“The immigration intake next year itself will only add to housing demand, and it should be noted that houses and other family-suitable properties are experiencing strong demand across many areas of the country,” Mr Wargent said.

Also, mortgage interest repayments, which account for a substantial chunk of out-of-pocket costs for both investors and owner-occupiers, are still at historically low levels.

“Last quarter, we saw a record share of borrowers taking on fixed-rate terms, confirming that property insiders agree the bottom of the interest rate cycle is in. But context is important, and the share of household income expended on interest repayments is tracking close to as low as we’ve seen over the past four decades. Even 100 basis points of interest rate increases from here can be absorbed by the market, as interest rates (and consequently monthly repayments) will still remain favourable in comparison to historical averages,” Mr Wargent added.

To illustrate, an $800,000 principal and interest home loan with a 30-year term, the weekly payments would likely increase by $200. Mr Wargent agreed that although such a change may have a greater impact on the upper end of the market, they expect overall demand for house finance to remain strong.

Read More
Why anticipated property price cuts may not materialise 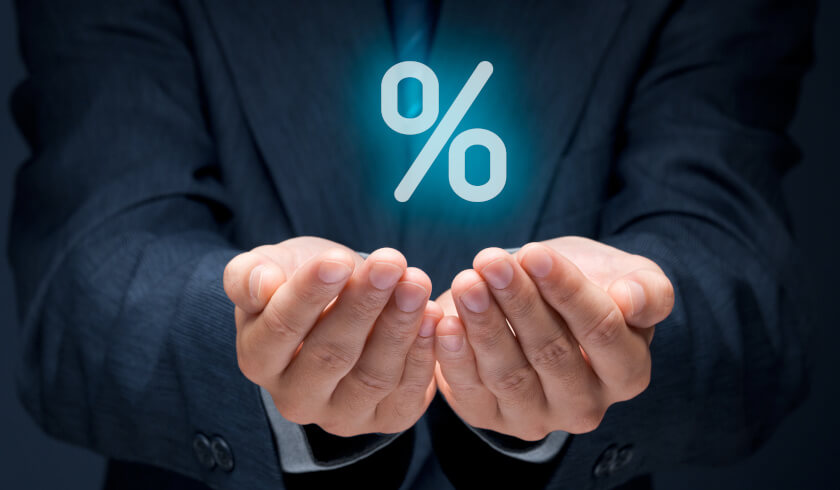