The Reserve Bank of Australia (RBA) is now likely to raise interest rates towards the second half of 2022, which, experts say, will cause house prices to slide. Is it still a good time for property investors to buy now, or will the market bust due to the anticipated rate rise? Property investor and YouTuber PK Gupta weighed in on this question and laid down his “informed observations” on why interest rate rises will not necessarily spell doom for property investors based on data, his educational background in economics, and his experience as a former investment banker.

Here’s why Mr Gupta thinks investors will be okay over the next year, even if rates do begin to rise:

1. Price drops when interest rates go up is not always necessarily true

Mr Gupta revealed there had been instances in the past decade when interest rates have risen but property prices didn’t fall as predicted.

He referred to the years 2011 and 2012 when there was “a lot of pressure on interest rates rising”, yet “a lot of property markets were actually booming or starting their boom cycles”.

Scouring data from the RBA website, Mr Gupta stated that even when mortgages have risen the previous year, “people’s affordability” is still higher, which means a significant number of households are “advance, sometimes up to 18 months, in their mortgage payments”.

Mr Gupta also raised that data from offset accounts in savings accounts and liquid assets reveals that people have sufficient emergency funds as a buffer for rate rises. And so, even if “interest rates go up or they lose their job, they can still hold their properties”.

3. The ‘economy isn’t actually as strong as reported’

Picking out unemployment data from the Australian Bureau of Statistics (ABS) website, Mr Gupta explained that people who have been classified as “underemployed”, or working at least one hour a week, are increasing.

They may be “technically employed” based on the ABS classification, but he opined that these people (some may be on maternity leave or depending on government handout) are unemployed in reality.

Mr Gupta pointed to a Roy Morgan research that shows an unemployment rate of above 8 per cent compared to the ABS data of 4 per cent.

Therefore, said Mr Gupta, the RBA will not want to “jump the gun” by prematurely increasing interest rates “because it will impact unemployment”.

4. Inflation is caused by a ‘temporary structural bottleneck’

Pandemic-induced health and lockdown restrictions have put a strain on business operations, causing a global disruption of the supply chain, which Mr Gupta described as a “temporary structural bottleneck”.

Supplies, such as construction materials, are not able to meet consumer demand and, in effect, cause prices to rise. As restrictions ease and economies move on to post-pandemic conditions, these “temporary structural bottlenecks” will be resolved, he claimed.

Mr Gupta opined that the RBA would not want to deal with a scenario where they “overcompensate by increasing rates”, only to see inflation slide in six months to one year. This could cause the economy to deflate “because rates have been raised too soon, too early, and too much”.

5. Cash rates will not increase multiple times in 2022

With the federal election looming, Mr Gupta believes the RBA would rather not disrupt political powers by announcing a rate increase, and they also need “more convincing data to make a decision that will affect the economy”.

If indeed there will be an increase, he opined, “it will not happen before May 2022” but “might happen before Christmas”, although it would be one to two rises at the most.

6. The RBA ‘doesn’t want to rob Peter to pay Paul’

Mr Gupta underscored that the “RBA doesn’t want to rob the economy in order to slow down the housing market” by preventing a cash rate increase after careful consideration of relevant data to make a sound decision.

Reviewing the RBA’s mandate, he pointed out that it’s “not the RBA’s role to slow down the housing market”.

Real estate is a major wealth source of Australians and Australian institutions, Mr Gupta stated, and so the government is responsible for making reasonable and timely rate increases to keep the economy rolling.

“The RBA doesn’t want to shoot itself on the foot,” quipped Mr Gupta. 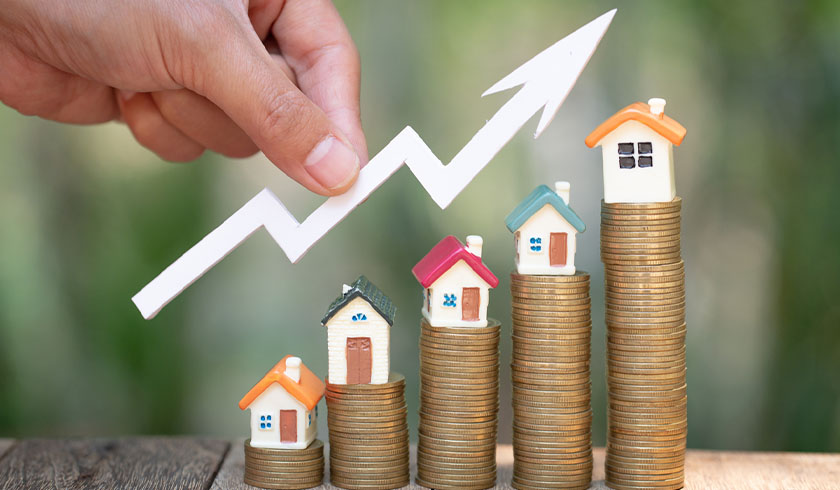