After 16 years in real estate we’ve seen some pretty horrific stories involving property management. Here are some stories you can learn from.

1. The rent went away

This was a doozy. The owner had been self managing for almost five years before he came to us. He said the tenants were always a bit late, but recent payments were irregular and the tenants were three weeks overdue and not returning his calls. He was concerned and didn’t know what steps to take next.

We immediately went to see the tenants and put them on a payment plan which they did not honour. We issued a termination notice which they ignored. We took them to NCAT, where we were awarded possession by a certain date, but the tenants did not return the keys.

We applied to a sheriff to help us evict the tenants and change all the locks. When we initially went to the premises it appeared the tenants had fallen on hard times. The property was in a terrible state and one of the tenants had moved out after their marriage broke down.

Because the tenants had historically paid their rent regularly the investor had not conducted any inspections. (It’s important to recognise that situations change for people and if you are not in regular contact with them you can miss the warning signs.)

It took five weeks to remove the tenants then another three weeks to clear out and repair the property before we could advertise it again. On top of the three weeks of late rent plus all the repairs required, the owner was left considerably out of pocket. Of course, the situation could’ve been a lot worse for the owner had he not enlisted help.

The tenants had turned on the dishwasher then left to go on an overseas holiday. While they were cruising around the Bahamas the property was slowly being flooded from the back of the house to the front door. The damage was only discovered 10 days later when they returned.

As soon as they called us, we went to inspect the swollen damaged floorboards throughout the whole downstairs area of the house. We got straight on the phone to the investors insurance company and arranged for the assessor to come to the property the next day.

From here, it was liaising and meeting with tradespeople to quote to fix the damage asap, then dealing with an anxious owner and tenants who had to be relocated while the floor was replaced. The floorboards and the kitchen cupboards were all water damaged and needed replacing.

Navigating and following up an insurance claim while organising major repairs plus providing temporary accommodation to the tenants is certainly a substantial job. It’s time consuming and requires thorough documentation to support the claims, plus a lot of patience.

Time is of the essence in these situations. Not acting quickly can lead to weeks of lost rent. Also, it’s crucial to be aware of your obligations as a landlord. These owners may have not known they needed to relocate the tenants and could have opened themselves up for a compensation claim. 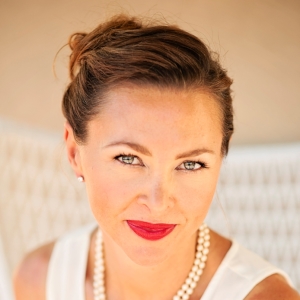 Last Updated: 04 October 2018 Published: 02 October 2018
share the article
Investing as a couple? Here's what you need to watch out for
Rental reforms announced in investment hot spot

Tips for keeping the peace in a strata community