Landlords have been inclined to hold rental rates steady, despite the COVID-19 pandemic seeing rising unemployment as government benefits continue to support the Australian economy, according to new research.

To find out how the COVID-19 pandemic was impacting landlords, CoreLogic surveyed predominantly  real estate principles and property managers to see the impact of COVID-19 on current rental yields.

According to CoreLogic’s head of research, Eliza Owen, rental yields have fallen nationally by 0.8 per cent, with JobKeeper and JobSeeker seeing a rise in income for many Australians.

However, the CoreLogic survey revealed mixed results for individual respondents.

“While the majority of respondents noted they had not seen a deterioration in rental conditions over the last two weeks, there is a sizeable portion of agencies that had,” Ms Owen said.

While rental conditions have held firm over the past few months, Ms Owens noted that many renters have been seeking to reduce the rate.

“Of the real estate professionals who had noted an increase in rental delinquencies, 56.8 per cent were based in Victoria, suggesting renewed restrictions across the state has impacted tenants’ ability to service rent.”

However, the results showed the rate of delinquencies has fallen since March, with the market normalising and government support continues to support landlords.

“Of the 125 respondents that noted delinquencies, 72 per cent indicated that, on average, tenants were less than four weeks in arrears. However, over a fifth of respondents (22.4 per cent) indicated that average arrears were more substantial, at five weeks to three months,” Ms Owen said.

Instead, renters are more likely to terminate their lease early, instead of having delinquent payments, the research showed.

“The relatively low level of property professionals that have observed an increase in evictions, a reduction in rents or a change in the state of arrears, supports other CoreLogic metrics about rental market deterioration being more localised,” Ms Owen said.

“However, a distressed rental market that saw rent reductions, early termination and evictions would presumably see an increase in vacant properties, indirectly lowering the price of advertised rental stock.”

Sydney and Melbourne remain the hardest hit areas for landlords.

According to CoreLogic’s data, the Sydney and Melbourne unit markets have seen rent reductions of 4.2 and 4.4 per cent, respectively.

Finally, Ms Owen pointed out that recent GDP numbers are showing an increase in household incomes. However, this is due to government benefits that will taper off from the end of the month.

“The end of this stimulus could see a broader decline in rental market conditions, particularly across Victoria where many businesses remain closed,” Ms Owen concluded. 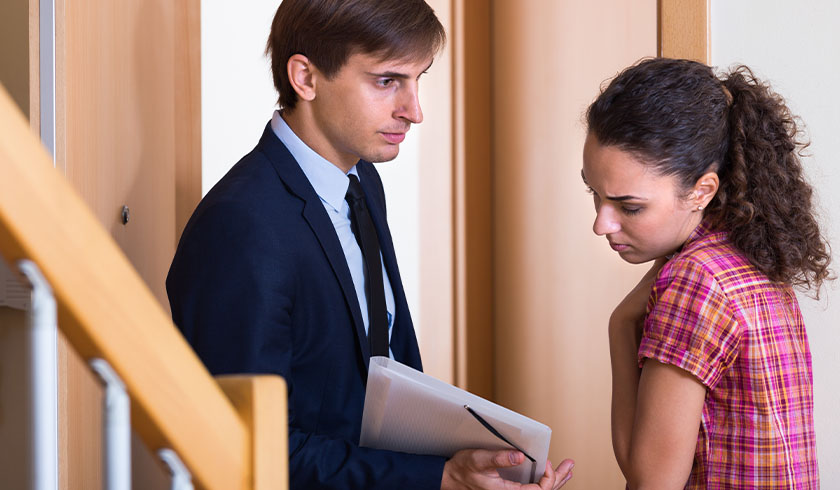