Apartment rents have fallen off a cliff in Sydney and Melbourne, on the back of collapsing demand among international students and migrants, and changes to personal finances.

According to Domain’s latest rental report, Sydney’s unit rents have tumbled to 2013 prices, dropping 5.1 per cent on the quarter and 7.8 per cent on the year to $470 in December. This marks the steepest quarterly and annual fall since Domain rental records began in 2004.

Similarly, Melbourne suffered a 3 per cent quarterly decline and 7.6 per cent yearly decline to a five-year low of $388.

Domain highlighted that although the rate of decline eased over the December quarter, three consecutive quarterly falls have resulted in the steepest annual fall on record.

“For the first time in five years, Melbourne is the third most affordable capital city to rent a unit, after Adelaide and PerthPerth, TAS Perth, WA,” Domain said.

“A marked change considering Melbourne was the third most expensive city to rent a unit back in March. Inner-city apartments have been hardest hit with rents at a seven-year low, followed by the inner east and inner south hitting a four-year low.”

As for Sydney, Domain explained that unit rents have been hardest hit in the city and east and inner west, with rents at an eight-year low, while the lower north shore is the cheapest in nine years.

Two areas have bucked the downward trend: unit rents on the Central Coast and Northern Beaches have reached record highs.

“Annually, unit rents have been falling since mid-2018, but this trend has been accelerated by changes as a result of COVID-19.

“The pandemic-induced collapse to overseas migration and foreign student numbers has reduced rental demand. Units have felt the impact, particularly inner-city apartments, which are home to more rentals and have a greater exposure to demand sourced from overseas migrants,” Domain said.

It tipped that while vacant unit rentals will continue to rise, tenants in search of a house will start to find fewer available to rent. 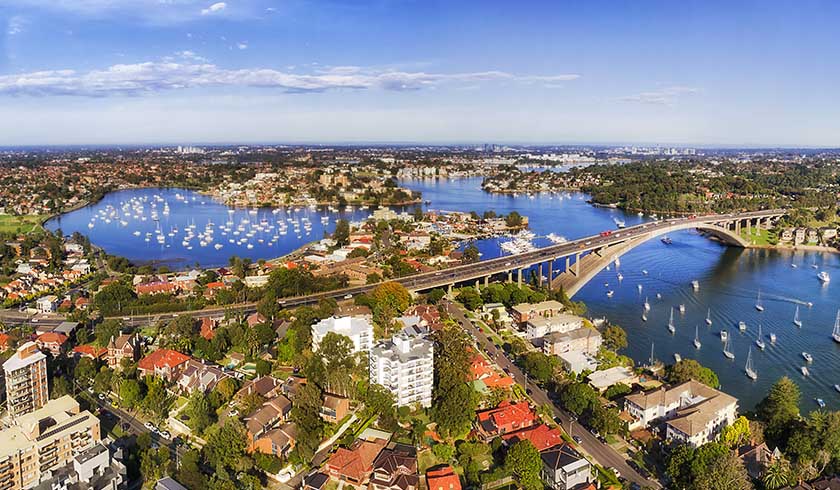