Apartment sales in inner Brisbane are going from strength to strength - but what's next for Queensland's capital?

The June 2014 quarter was a time for breaking records in the inner-Brisbane apartment market. The results from this three-month period prove that the Brisbane market is continuing to strengthen, and we are starting to see the early stages of market recovery. The June quarter saw 1,083 unconditional sales across 57 inner-Brisbane projects; the highest level of unconditional sales ever recorded in any single quarter for the inner-Brisbane market! Money-wise, these sales resulted in a gross total of $598 million; a number almost three times higher than any quarterly sales figures recorded over the past ten years!

In light of these sales results, it is hardly surprising that demand for inner-city apartments in Brisbane continues to outweigh the current supply. At the end of the June 2014 quarter there was just 4.2 months’ worth of stock available in spite of the fact that a record-breaking 1,398 apartments and 14 projects were launched to the market. The June quarter’s recipe for success comes from a mixture of ingredients; in particular the continual delivery of affordable product, a record-low interest rate environment, a diverse buyer profile (which includes interstate and international investors), and an improvement in local sentiment. This combination has encouraged owner-occupiers to return to the Brisbane apartment market, contributing to the market’s high performance.

Breakdown
The CBD
Following strong results in the March quarter, sales rates for the Brisbane CBD returned to average in June 2014. Just 20 unconditional sales were recorded in this precinct, a result primarily due to limited supply. This figure was 30 per cent less than the same period 12 months prior and just one quarter of the sales recorded during the March quarter earlier this year. In spite of this, the CBD saw a higher than average weighted sale price of $1.35 million recorded for the June quarter. The majority of these sales can be attributed to the high-end Abian Apartments by the Sunland Group. Just three projects, totalling 91 developer apartments, remain for sale in the Brisbane CBD at the end of the June 2014 quarter.

North of the river
In contrast to the five prior consecutive quarters, the north of the river did NOT record the highest number of unconditional sales this time around. However, this precinct still documented 401 transactions, equating to a 37 per cent market share of sales for the three-month period – just three less than the March quarter previously. NewsteadNewstead, QLD Newstead, TAS Towers was the top performing project for the quarter with 80 unconditional sales. BroadwayBroadway, NSW Broadway, NSW on Anne and 38 High Street in Toowong were also high performers with 46 and 38 unconditional sales respectively. The north of the river has 912 apartments remaining for sale. Although this is more than any other precinct, it is still only representative of a 6.8 month supply based on the current sales rate.

South of the river
Brisbane’s south of the river precinct recorded the highest number of unconditional transactions for the June 2014 quarter. These 662 sales (a figure nearly six times higher than the previous three months) were primarily due to the plethora of new projects that began actively selling in the region. Of the 22 projects being marketed in the inner south, Trafalagar Lane in Woolloongabba was the top performing project for the precinct, as well as wider Brisbane, totalling 117 unconditional sales for the period. At the close of the 2013/2014, a total of 945 new apartments had been released to the south of the river market, with 500 overall remaining for sale. The significant amount of new product absorbed throughout the quarter, illustrates that underlying demand for residential apartments remains strong in the precinct.

What’s next?
Given the cyclical stage of the Brisbane real estate market, it is expected that coming periods will see further growth and change. While prices have remained relatively stable for almost two years, these will begin to grow, reflecting the demand for larger, more liveable owner-occupier product. At present, Brisbane continues to remain point sensitive, with the June quarter recording a weighted average of $551, 847, however, there are strong signs that sales are transacting in the upper price points. While one-bedroom demand will be ongoing, we predict there will be a shift away from this stock as local enquiry improves and greater volumes of two- and three-bedroom product transact. The results from the June quarter have underlined the fact that the apartment market isn’t just for investors any more. It is becoming part of the Brisbane lifestyle and will continue to shape and transform the urban landscape of the River City. 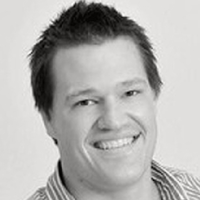 Last Updated: 01 December 2014 Published: 17 September 2014
share the article
South west Sydney to take off
Investors ask: How much super do I need?