When will the Sydney housing market come off the boil?

When will the Sydney housing market come off the boil?

The Sydney property market is nothing short of idiotic - but there are signs things could be about to slow down.

The Sydney real estate market is nothing short of idiotic.

So-called experts, along with the media, are hyping up the situation, stating that Sydney is still affordable to the average punter.

What a load of bollocks.

The median income being around $75,000 does not equate to being able to afford the Sydney median house price now, at over $900,000.

Even if a couple were earning $75,000 each, it still doesn’t mathematically work.

Unless my calculator is broken?

So, when does all this mayhem start to correct itself?

Well, today I stand alone and say the change started from April.

But why you ask?

There was a fundamental bank policy change that took effect on 24 April. The change in policy affects non-residents trying to borrow in Australia.

Where non-residents were able to borrow up to 80 per cent of the purchase price, this has now been reduced by two major banks down to 70 per cent.

The statistics published by the FIRB this week show that the Chinese have taken over as the major buyers of real estate in our country – no surprise there!

But how much are they actually buying? Well we can only work out these numbers based on the approvals they have (and I would say that as many are buying properties without approval).

Joe Hockey forced the sale of the $39 million Sydney mansion recently that has now been sold, but this is happening on a much larger scale. We recently had a client call us who wanted to invest. This lady had a large home mortgage on a property already but wanted to buy an investment property with cash that she was receiving from her mother from overseas.

We rightly refused the business, but I am sure they managed to buy a property using another property company.

By using the approval figures published, let’s number out the volume of purchases. The stats say that the Chinese have spent $27.7 billion on property this year alone. A majority of these sales would be in Melbourne and Sydney.

Monthly this equates to 2,564 deals per month.

If we say that one third were in Sydney, one third in Melbourne and one third for the remainder of Australia, then the number now looks more like 855 sales per month in Sydney.

That number doesn’t look that big now does it???

But, we need to add in the other major players too. The US spent $17 billion, Canada $15 billion and Malaysia $7.2 billion.

Everybody is saying though that the Chinese are paying cash for all these houses?

If they were, why have two banks reduced their LVRs for those borrowers?

But think about it like this… why would these two banks broadcast this through a major announcement for no reason?

Simply because they want to curb the volume of mortgage applications that come in!

The effective date of this change was 24 April and it was effective immediately as well. Now usually banks will allow a grace period for those loans already pre-approved to still proceed under the old policy, for a period of around two months. That didn’t happen here. Any loans that had not found a property within 24 hours of the notice would now fall under the new policy.

Now call me skeptical, but that seems very definite to me!!!

So what does all that have to do with the Sydney property market?

What Sydney has at the moment is a massive consumer confidence problem. This is fuelled by the media and the hype of overseas buyers, along with investors paying more for houses than what owner occupiers can afford. There is a huge fear of missing out and consequently people are paying way too much for a property.

After two solid years of capital growth in Sydney, not only do overseas buyers now have to pay another $200,000 more for the same property, but they now must also put another 10 per cent – $90,000 cash towards the purchase. The new extra $5,000 tax they pay won’t effect things but it all adds up.

So, if you take the sting out of the market, you take away consumer confidence and markets begin to turn.

Low interest rates will not save the market. They may prolong it a little, but not save it.

APRA have stopped the banks and consumers hanging themselves for a while. When you apply for a loan, the bank will assess the deal at 7.1 per cent even though interest rates are almost hitting for per cent.

APRA forced them to do this to stop potential future mortgagee possessions. But what it has meant, is that for the past four to six interest rate cuts, your borrowing power has not increased in the eyes of the banks. Sure your actual repayments have but they won't allow you to borrow any more than what you can afford at 7.1 per cent.

But those house prices continue to rise - meaning that there comes a point where your affordability in a mortgage won't allow you to pay anymore for a property.

The other interesting point to make here is, if the interest rates stay low for ten years, will this market continue?

We already have low interest rates in PerthPerth, TAS Perth, WA and the market there is dead. Why? Because the vast majority believe that Perth is a mining town. That’s not the case - Perth is a major city of 2 million people - the mining is a mere blimp in their overall economy. But this perception has knocked the wind out of people’s consumer confidence.

Canberra, until very recently, had the same problem too. The government announced 16,000 public servants were going to be retrenched and consumer confidence flew out the window in the ACT. It never happened, but this lack of confidence took control and dictated what the market did.

Greece, Spain, Japan, USA all have extremely low interest rates and their property markets are terrible.

So, I make the stand and say, I believe from today we will see the start of a change. Far less overseas buyers, far less affordability and a strong property market where many buyers who have already purchased are out of the market, will see a turn towards slowing down.

I guess we will have to go back and check in six months or so, as this is how long it takes for property data to take affect. The deals being pre-approved in May, might buy in June. Which then settle in August. The banks bulk stamp transfers these days around twice a month which would take the data into September… ready for reporting by Christmas. 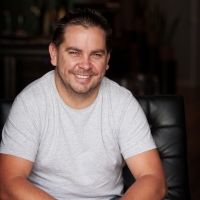 USA’s no pay, no stay strategy is a great way to invest
Read More

Read More
When will the Sydney housing market come off the boil?
Todd Hunter