6 suburbs to boom in the next 6 months

6 suburbs to boom in the next 6 months

The calendar year might be quickly coming to a close, but buying activity will continue to push along in the lead up to Christmas.

Buyers looking to make purchases in sought-after suburbs are still facing stiff competition. For those looking to purchase in the next six months or so, here are six suburbs we recommend across Adelaide, Brisbane and Melbourne.

NewportNewport, NSW Newport, VIC: The inner-west suburb in Melbourne sits north of sought-after WilliamstownWilliamstown, SA Williamstown, VIC. Occupying desired beachfront land, Williamstown is akin to eastern beachside suburbs such as BrightonBrighton, SA Brighton, VIC Brighton, TAS Brighton, QLD, with a median price of a $1.1 million. Newport offers just as much with access to shopping, nearby schools, central train station, only seven kilometres from the CBD, and still only a few kilometres to the beach front.

There are industrial pockets of the suburb, with the Newport Power Station and fuel depots on the Yarra in the north east. However, buyers will find desirable pockets between Mason Street and Market Street, just a 10-minute walk to the train station and easy access to roads to the beach. Newport is also benefiting from the ripple effect of being between Yarraville to the north and Williamstown. As buyers who may be priced out of these popular suburbs, Newport offers a superb opportunity with comparable location, amenities, and lifestyle at a more affordable price point.

Preston: Nine kilometres from the Melbourne CBD and bordering trendy Thornbury to the south, Preston is an expansive suburb at 11 square kilometres.

Offering the Northland Shopping Centre, abundant parks, ample public transport and selection of schools, the suburb is well serviced with regard to amenities.

Buyers looking for particularly sought-after areas could seek property in the pocket between the south of Bell Street and Dundas Street. Still well serviced and that much closer to the CBD, this area is worth a look for prospective purchasers.

Firle: A smaller suburb, Firle is benefiting from buyer interest in neighbouring suburbs TranmereTranmere, SA Tranmere, TAS and the larger Magill. According to CoreLogic RP Data, Firle has a median house price of $545,750 and a capital growth rate of 5.46 per cent. Across Glynburn Road into Tranmere, median house prices are reaching $615,000.

The suburb has generally gone under the radar of buyers in recent times, but is well serviced by public transport, easy access into the CBD, and proximity to schools. With more affordable entry into the market and nestled between desired postcodes, buyers can add Firle to their list.

West BeachWest Beach, SA West Beach, WA: Right on the beach front, framed by the River Torrens to the north, and just 10 kilometres away from the CBD, West Beach offers a lot.

Although it is adjacent to the Adelaide airport, West Beach boasts a desirable central pocket north of West Beach Road. The suburbs also boasts abundant parklands, public transport and the centrally located West Beach Primary School, all of which cater well to families.

West Beach still offers all that Henley Beach and alike does, and ease of access to the amenities of Henley Beach, while offering generally cheaper options, seeing more activity in the suburb would be expected in the next six to 12 months.

Corinda: Situated approximately eight kilometres south west of the CBD, Corinda is bordered to the west by the Brisbane River.

As a consequence of the Brisbane 2011 floods, Corinda was deemed 'undesirable', however, the massive recent growth in popularity of neighbouring suburbs Graceville and Sherwood has had a ripple effect that has benefited Corinda. According to CoreLogic RP Data, the suburb enjoys an average annual capital growth of 6.49 per cent in houses with a median of $700,000.

The CBD is easily accessible from the Corinda railway station, which also connects residents with entertainment and educational facilities such, including the Indooroopilly Shopping Centre and the University of Queensland.

An ever-attractive feature of Corinda is that it has still retained a large portion of older-style timber homes on larger blocks. For young families Corinda also satisfies most standards of education with two private schools, St Aidan's Anglican Girls School and St Joseph's Catholic School, while Corinda State Primary School and Corinda State High School are towards the south.

Aspley: The opening of Brisbane’s latest tunnel, Legacy Way, has allowed the western suburbs greater access to the north and vice versa, and Aspley is certainly reaping the benefits. Legacy Way connects residents to the airport, DFO shopping, Royal Brisbane Hospital, shopping, and the RNA showgrounds. Aspley has proven especially fruitful for investors with an annual growth rate of five per cent and a recent rise in median prices to $520,000, according to CoreLogic RP Data. It is one of the last remaining suburbs close to the CBD that you can snap up a landed house for under the averages.

Situated 13 kilometres north of the CBD it enjoys great improvements in transport infrastructure cutting the commute to city by seven to +10 minutes. Aspley is also home to a Hypermarket, and what is probably one of the last remaining tourist caravan parks so close to the city edge.

Families are well catered for with primary and secondary schools, and the vicinity to SunshineSunshine, NSW Sunshine, VIC Coast arterial roads means weekend g'etawayers' can be on the Caloundra beaches within an hour.

Rate rises not all bad news

Are you a property investment expert? Stephen McGee is the Queensland State Manager for National Property Buyers. Steve has many years’ experience serving clients across Brisbane. Initially in sales for 7 years, Steve made the change to become a respected buyer’s agent a decade ago. As a buyer’s agent, Steve has assisted his clients to grow their property portfolio with premium investment grade properties and his hands-on local knowledge has become an invaluable asset to... Read more 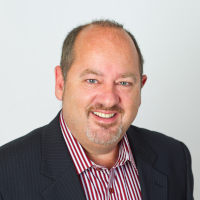 Accelerate your wealth through property development in Brisbane
Read More

Read More
6 suburbs to boom in the next 6 months