Investing in the current Perth market may be the way to go.

If you live in the eastern states, you would think by following media reports that the economy in WA is stuffed and that PerthPerth, TAS Perth, WA would be the last place you would want to buy an investment property.

But this perception is not based on reality. Sure, the boom in the resources sector has ended for now but that does not mean that the WA economy has been destroyed.

The reality is there has been no implosion in the WA economy. The unemployment rate in WA is now 6.2 per cent, which is the Australian average.

If you look at historic figures for unemployment in WA, it has been much higher in previous decades.

For example, back in 1992 unemployment in WA peaked at a whopping 11.2 per cent due to a downturn in the international economy.

Because the WA economy is so diversified, the unemployment rate started to fall in the succeeding years.

Back in the dark days of 1992, astute property buyers who purchased property in Perth would now be sitting on a capital gain of more than $400,000 some 23 years later.

Over this 23-year period, there have also been ups and downs in the WA economy, but overall there has been an upward trajectory in the economic fortunes of the state.

And this has been reflected in Perth property prices, which have increased at a strong pace of the past two decades.

The resources wealth of WA is so huge that is only a question of time before there will be an upswing in the Perth property market from the current downturn.

Property prices are currently depressed in WA and in some prime areas of Perth, with now being the best time to purchase a property in nearly a decade.

Price growth to decline by up to 15%

Is it time to change negative gearing?

Higher or lower - can you guess the price?

Read More
Has the economic downturn in WA been overplayed? 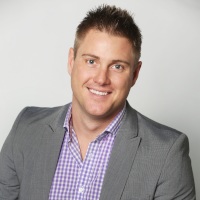