In the final instalment of this three-part analysis, it's time to revisit claimed benefits of the policy and attempt to answer some of the bigger questions.

In my last post, we examined the potential an likely effects of the Labor’s proposed negative gearing and CGT policy on rents, house prices and the wider economy after July 2017 (when the policy would come into effect).

We saw that there were a number of serious issues with the policy, including the real possibility that it would result in increased rents in established areas, rather than reduced rents; that it could adversely affect the value of Australians’ single greatest asset – their homes – and the dangerous implications of this for consumer/investor confidence and economic growth, at a time when the economy needs all the encouragement it can get.

In this final part of our analysis on Labor’s policy, we’ll revisit the claimed benefits of the policy and attempt to answer the following questions:

Even if we ignore the issues raised earlier, the question remains: "Will this policy actually result in an increase in the number of first home buyers getting into the market?"

But this ignores other market segments – upgraders, downsizers, location-changers – who actually form a far greater segment of the market than first home buyers. Even if investors were no longer buying established homes, first home buyers would still have to compete with these other segments to buy properties in these established areas (where most people want to live).

Failure to deal with the root cause

Attempting to stifle one element of demand to create a quick-fix for affordability is fundamentally flawed.

The real issue is not demand from investors (or any other group), but a persistent lack of supply in established areas where people actually want to live.
The average household size in Australia has been growing – not because families are having more children, but because their children are staying at home longer – and the number of empty properties (for rent or for sale) is about as low as you could possibly get right now.

Vilifying investors and accusing them of driving up prices is a convenient political football to kick around in an election year. But it once again shows that politicians are looking for a band-aid solution, rather than grappling with the hard task of creating any kind of genuine housing policy or reforming the bloated and cumbersome red-tape that bogs-down town planning in this country.

Ask any developer - the costs and red-tape involved in developing new housing in ESTABLISHED areas (where people actually want to live) are horrendous! (Not just developing apartments - but liveable housing.)

In large part, this is due to the multiple inefficient layers of policy, planning and regulation between Local, State and Federal Government, and substantial taxes that raise the cost of development – including GST, stamp duties, land taxes and developer contribution levies.

This is perhaps the biggest factor affecting supply - and pricing - and keeping first home buyers out of the market.

Will this fuel a construction industry boom?

The idea that pushing investors towards new developments will increase affordability is flawed too.

It assumes investors will gravitate to new housing:

This stands to make reselling more difficult if fewer investors are interested in buying established properties, which actually provides a disincentive for building or buying brand new homes in the first place.

Rather than encouraging investment in new housing developments, this awkward paradox within the policy (that new housing becomes established housing and loses its concessions on resale) could actually turn investors off new housing – undermining the construction industry, employment, and economic growth.

Labor argues that the greatest benefit of its policy is the higher tax revenue it hopes to gain as a result of the reduction in CGT concessions. But while Labor hasn't seen fit to release its financial modelling for public scrutiny, it seems likely that this too is based on a flawed assumption – an expectation investors will continue to resell properties at a similar rate to today even after the proposed change.

If investors stand to pay more capital gains tax on properties sold, and higher holding costs (through lack of tax exemptions) on housing purchases after July 2017 – this policy encourages investors to hold onto their properties forever!

And if a property is never sold, the government earns no CGT at any rate.

So the purported tax revenue benefits of this policy change may never actually eventuate.

Another oversight of Labor’s policy is the likely impact not just on federal taxes, but also on state-level taxes – in particular the stamp duty revenue raised from property sales. If investors transact significantly fewer properties as a result of these changes, then this punches a substantial hole in state and territory tax revenues.

Rather than increasing its tax take, a Labor federal government may find the states crying poor and coming to it with their hands out for financial assistance – costing the government more money as the States see their own tax revenue cut.

It’s doubtful that Labor’s policy boffins have even considered this issue. In the absence of any public disclosure of the economic modelling behind the policy, we can only conclude that it is based on dangerously lightweight analysis and loose assumptions that may not hold up under scrutiny.

Will Labor's new policy on property investment be implemented?

Although it's a poorly thought-out and economically irresponsible policy...

...although it alienates property owners and share investors alike (millions of 'swinging voters' in the suburban middle class)...

It is a big possible change to the property market.

Right now, Labor is neck and neck with the Coalition in the opinion polls, although they might not have the numbers in enough key seats to take office.

The Coalition, if re-elected, has indicated no change to the existing tax regime.

But whoever wins at this election, change is probably inevitable in the future – whether it's in the next term of government or a subsequent one.

Sophisticated property investors therefore need to be mindful of the risk of change, the potential impact on the property market, and prepare themselves by proactively adapting their strategies rather than 'reacting' after the fact.

There are far better ways of profiting from property investment than through negative gearing or tax concessions. Now, more than ever, it's critical for smart investors to revisit their existing portfolios and position themselves to capitalise on new opportunities for maximising profits in the years ahead – before a government decides to change the playing field. A highly experienced investor, Simon has purchased more than 50 properties in the last 7 years alone, using a broad range of strategies including positively-geared residential rentals, vendor finance deals, renovations, developments and commercial properties, both within Australia and overseas.

As a Director and Property Mentor at ResultsMentoring.com - the home of Australia's best independent property mentoring program - Simon now spends his time investing, developing property, and building businesses - while teaching others how they can do the same.

He has personally coached over 700 investors in techniques that can be used to profit from property in any market, and has presented to thousands of people at property conferences and seminars around Australia and New Zealand. Simon co-authored the critically acclaimed Australian property book The Real Deal: Property Invest... Read more 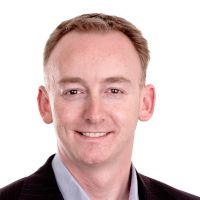 Is the property market running too hot for you?
Read More