The advice that changed everything

Investing together, Lauren Kern and Lena Lindley seven years ago had a sensible property investment strategy in place, and it was working well with modest success. But this one piece of advice changed everything for them, and now their portfolio has really taken off. Lauren and Lena were intent on simply buying and flipping in Sydney’s inner city until a buyer’s agent suggested they go for a longer-term strategy, mixing positively geared properties with those that produced steady capital gains.

They took it and today they have accumulated a four-property, $1.7 million portfolio across two states, with a healthy $400,000 equity position. It not only produces a regular income that suits their lifestyle, but it is also going up in value all the time.

“For us that was the lightbulb moment,” Lena told The Smart Property Investment Show podcast, “that go-to point in those conversations about where we are going to next.”

Looking back, Lauren says flipping was good in the beginning, because it generated quick cash for them to be able to spread out, but the advice to move on came at the right time.

“You know, a payday is really nice when that money comes into your account on settlement day.

“But as soon as you get past that initial thought of cash in the bank as opposed to the equity you see in the property, flipping is not a good plan for a long-term strategy.”

The couple has had some bad advice as well.

Their second property purchase was under company title, and before buying they had consulted a lawyer about the difference between that and strata title.

“But the lawyer really didn’t explain all that went into it,” remembers Lena.

There were a lot of hurdles. “For example, we had to get endless approvals for renovations. It was a sea of putting in applications and them taking weeks to come back. Then the renovations could only be done between eight and five, Monday through Friday.”

They both agree. “Never again will we buy company title. You need a good lawyer who is transparent and really explaining things to you. Especially when you come up against things that you don’t know about.”

Listen to Lauren and Lena's full investment story - including all the mistakes they've made, their strategy decisions and how they've learned to love their debt - on The Smart Property Investment Show podcast:

Episode 23: 'The worst property investment decision we made'
Episode 30: How you can be millions in debt and loving it

Company title is a form of ownership where the owner doesn’t have a title but owns “shares” to a company, giving them the right to occupy a defined area of a property, such as a unit on a condominium building.

Read More
The advice that changed everything 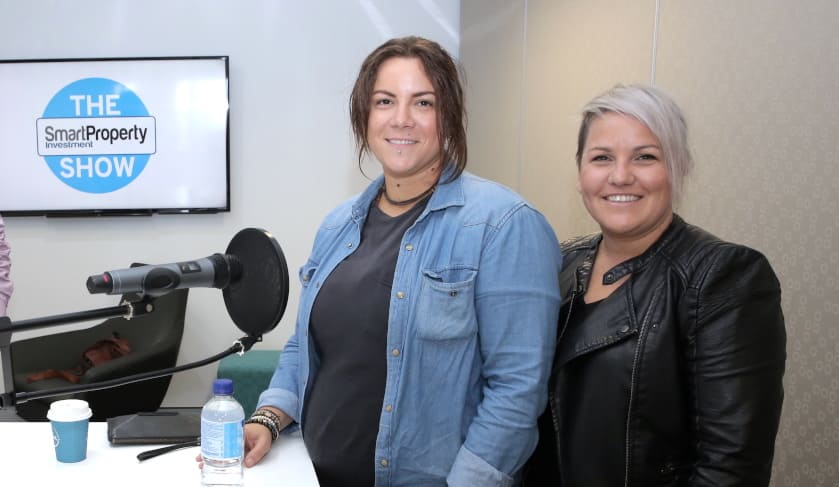