Why negative gearing is necessary

Why negative gearing is necessary

For many generations, our governments accepted responsibility for providing and maintaining basic essential community services such as power, water, hospital and education. In this way, it was through the taxation system that society as a whole subsidised the cost of housing for those who could not afford to buy their own home or pay rents at market rates.

Over the last decades, governments have sold off and privatised many of our public assets and relinquished their responsibility for providing services such as affordable public housing. Instead, they introduced a number of measures to encourage private investment in housing and fill the void.

One of these is negative gearing, which is a tax incentive that allows investors to claim the holding costs of their properties such as rates, maintenance, repairs, management fees and interest as a direct deduction against their total income. The effect of this is to keep rents at their lowest possible levels.

Once again, through the taxation system, it is society as a whole that subsidises the cost of rents in such situations, keeping them lower than they otherwise would be, and it is private investors who are now fulfilling the role formerly accepted by governments to provide affordable housing.

All of this would be fine if there was an ongoing balance between rental housing supply and demand, but issues arise when shortages emerge and rents start to rise as a result. This is exactly what is about to happen, because our larger capital cities are experiencing record population growth rates and most of the new residents are overseas arrivals who need to rent.

The pressure on rental demand will see rents start to rise in Sydney and Melbourne over the next few years, particularly in inner urban medium and high-density areas. Some political parties will seek short-term gains by blaming investors, pointing the finger at negative gearing as an unnecessary lurk and perk for property investors.

They will want it abolished or at least cut back, but they need to realise that negative gearing is a subsidy providing lower rents than would otherwise prevail. They also need to understand that investors are not a charity and will seek to maintain their cash flow by increasing rents if negative gearing is abolished.

The abolishing of negative gearing will hit those who need affordable housing the most, resulting in an outcome which is the exact opposite of what is intended. John has authored the landmark best-selling books for property investors, Mastering the Australian Housing Market and Unlocking the Property Market, both published by... Read more 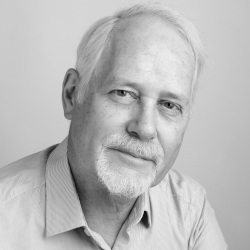