Houses versus units – Which has better growth prospects?

Houses versus units – Which has better growth prospects?

Here at Real Wealth Australia, the mentoring team often hears the comment that a house will perform better than a unit… and, in many instances, this may be true. But, this is not always the case!

In running some residex reports for a client recently, I started to see a pattern that I wanted to share.

In looking at the suburb report for Carrum Downs, a suburb of Melbourne as an example, where houses have performed better than units over the past 10 years with capital growth on a house of $256,000 versus $160,500 on a unit.

For potential purchasers in the Carrum Downs area, a rise in the value of units could correlate to a higher number of units being sold.

In running further reports on large regional areas I started to see towns where units were performing very similar or in some instances better than houses.

If we look at Horsham in Victoria as an example, we see that units have performed better than houses by $8,500.

The difference is that units have grown by $73,500 over 10 years with houses growing over the same period by $65,000 and continuing at similar price points.

The biggest difference with the units versus houses comparison as an investment property is in holding costs as units will often have owners corporation fees to include and this may take what seems like a good deal to something that will drain your hip pocket.

I know that I have seen clients looking at deals with owners corporation fees blowing out to $10,000 per year; this will put a big hole in your cashflow.

With the right due diligence however, you could find a unit which has no owners corporation fees.

How, I hear you ask? On a strata titled corner block with no adjoining walls and no common land with only two on the block, there would be no owners corporation fee required. So, depending on the area that you are looking to purchase in, review how units are performing compared to houses, as units may make a perfect fit to your portfolio.

Helen Collier-Kogtevs is the founder of Real Wealth Australia. She is a self-made millionaire who built wealth with her property investment expertise. Over the years she has pioneered Property Mentoring Programs dedicated to helping ordinary Australians to create property portfolios using her disciplined, low risk and systematic approach. She has written several bestselling books, has been interviewed on TV, radio and published in the largest publications in... Read more

Why 54pc of property investors will fail
Read More

Read More
Houses versus units – Which has better growth prospects? 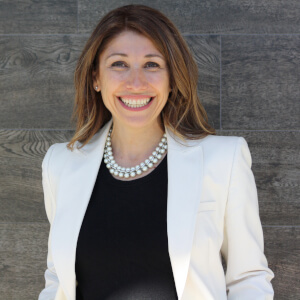 Last Updated: 25 May 2018 Published: 25 May 2018
share the article
Which suburbs are seeing high interstate migration?
Why this investor refused to work with a buyer's agent