Ever heard the phrase that the bubble is going to burst? If you haven’t, then you have been hiding under a rock.

It is a phrase that gets heard at BBQ’s, parties, from the taxi driver, the guy at the pub and anyone else that is willing to say that they know their stuff but are unable to back their facts, except that growth has been quick and that it happened in America and Japan.

YOU CAN NOT COMPARE AUSTRALIA TO THESE SCENARIOS! Let me explain. We will see a drop in the next nine months in the market place that will scare almost everyone. Within nine to 18 months, the next recovery will happen. Those who sell out in the gloom will lose; those who cash up now or hold on will benefit just like the rest of Australian history.

See, America has 280 million people and we have 26 million. They created the subprime market GFC and had been set to fail. Their guarantor status for a loan is non-existent. What this means is that if you default on your mortgage you can walk away from the home, hand it to the bank, get some credit cards and pay them off diligently for three years and now you can buy a house again. Do that in Australia and you are done for 11 years and still it sits on your record.

Japan had a significant increase in property prices with real term wages being very high and unemployment very low. The Japanese manufacturing went from the cheapest in the world to building the most amazing cars and gadgets that are of the highest quality. Buy a Toyota Landcruiser and expect that motor to last at least 400,000 kms!

The most important part of Japan was that, again, the lending WAS different, and they tightened the lending rules while the yen dropped against the dollar, and when they should have loosened lending restrictions, they tightened. Prices dropped, capital value decreased in major cities like Tokyo and the domino effect dropped in and then a recession backed up the slide. People lost jobs as China kicked in their cheaper product and it cascaded further.

Let’s back up some of the bubble bursting claims in Australia with some real analysis of the market place. Remember that property prices double every seven to 10 years in Australia and I will look at the peak of the markets below. This means that if you bought at peak that the seven to 10 will extend. In some cases, it will be much less.

Doom and gloom set in and every doctor of economics and property said “I told you so!” Those crazy people like my brother who bought in 1988 and did not take the advice of the scholars started to get a little upset when prices dropped by 3 per cent across the country for 18 months only to recover just as quick in mid-2003. That is not a bubble bursting; that is a helium balloon losing its oomph during party night. But the party goes on!

What is my point in all of this? The doomsdayers will make you believe that the world is ending and compare markets that are apples and oranges. The law of supply and demand has not been beaten in Australia. We are short of housing every year in the major cities.

Make sure you futureproof yourself. Build smaller self-contained compartments for the mismatch in the market place. Smart property investors are taking policies around the country to cater for 80 per cent of the residents that are willing to pay double the rent for half the house. Effectively double digit returns from your investment.

By getting double the income from your properties, it does not matter what you do. Property is the long play. Believe the media and scholars who have never bought a property and you will end up just like them at retirement: not as well off as you should be. 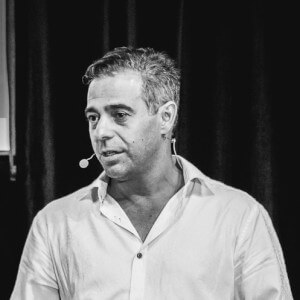 Ian Ugarte is the founder of the Australian Housing Initiative and co-founder of Small is the New Big. He is a property expert, educator, author and change maker.

He is and passionate about creating co-operative partnerships between Social Agencies, Government and Private Investors to bring back the genuine connection of community through the provision of elegant housing... Read more

Why is Australian property so unaffordable?

How APRA increased the prices of property in the marketplace

Getting double-digit returns while filling the hole in the market