The slowdown in house price growth that emerged through 2017–18 is expected to continue into the 2019 financial year, according to leading industry analyst and economic forecaster, BIS Oxford Economics. The company warns that house prices growth is forecast to remain weak or even show a decline in some markets over 2017–18 and 2018–19, as a combination of further tightening of lending to investors and rising new stock levels begin to drag on the residential market.

According to the company’s Residential Property Prospects 2018 to 2021 report, a number of factors are increasingly weighing on the residential market. Banks have continued to tighten the screws on investors, reducing their borrowing capacity. In addition, record new dwelling completions has seen markets either tip into oversupply (or remain in oversupply), or significantly erode any market deficiency that has been in place.

BIS Oxford Economics senior manager and study author, Angie Zigomanis, says that increased restrictions on investor and interest-only borrowing have reduced the capacity for investors to bid up prices.

This has caused all markets, with the exception of Hobart, to record a slowdown in price growth performance over 2017–18. Notably, after experiencing strong gains since 2012–13, house price growth is on track to have recorded a negative number in Sydney and Melbourne through the year. Both these markets benefited most from booming investor demand, and the tightening credit conditions are now having an impact.

However, the prospect for a major correction will be mitigated by low interest rates and a relatively stable, albeit subdued, economic environment. Very strong population growth nationally is also underpinning occupancy, which in turn should help investors generate rental income, albeit perhaps at a discounted rate in some cities. This will prevent excessive forced sales coming to the market to drive down prices.

“Supply is running at record levels, having risen above 200,000 dwelling completions per annum in 2015–16, and expected to stay above this level through to 2018–19,” said Mr Zigomanis.

“Demand has also risen, with population growth expected to exceed 400,000 persons in 2017–18, its highest level since the peak in net overseas migration in 2008–09, although this will still not be sufficient to meet supply.”

In the short term, moves by the regulator to slow growth in bank lending to investors, via reduced interest-only loans, has caused investors to retreat. Together with the rapid rise of new dwelling completions, there is a growing supply/demand imbalance that is contributing to the weaker price performance in 2017–18.

Moreover, the boom in apartment construction is creating a different demand/supply outcome to the detached housing market in a number of cities, which will impact the house and unit markets in different ways.

Rising supply has become an issue. By the end of 2018–19, the Australian market is expected to have experienced four successive years of 200,000+ new dwelling completions annually — and well above the previous peak of 187,100 dwellings in 1994.

This compares with forecast underlying demand for new dwellings averaging an estimated 200,200 dwellings per annum over 2018–19 to 2020–21. This is also a record, although still below current new dwelling supply. Near-record net overseas migration and population growth is playing a major part in the record level of underlying demand, although high levels of demolitions in a number of cities are also removing dwelling stock from the market and are also contributing.

In the short term, economic conditions are forecast to be relatively muted. The change in gears from resource investment to domestic demand driving the economy has been slowly coming through. Weak wages growth is holding back consumer spending, while dwelling construction is expected to peak in 2017–18, and begin to fall away from 2018–19, becoming a drag on the economy.

An acceleration in economic growth is not expected until business investment takes over as the next driver of the economy around the turn of the decade. In the meantime, employment and income growth will be slow, providing limited upside pressure to prices.

The downward trend is expected to accelerate in 2018–19 as fewer new apartment projects — which are typically favoured by investors — achieve sufficient presales to proceed to construction. As a result, supply is expected to begin to fall back sharply from 2019–20. With high net overseas migration inflows likely to be sustained in the coming years, a number of markets are expected to begin tightening again. This in turn is expected to see prices stabilise and begin to rise by 2020–21.

The outlook is for further declines or mostly flat prices in general over 2018–19, and to a lesser extent 2019–20. Some upside is expected to emerge from 2020–21 as economic conditions begin to strengthen and supply falls back below underlying demand. 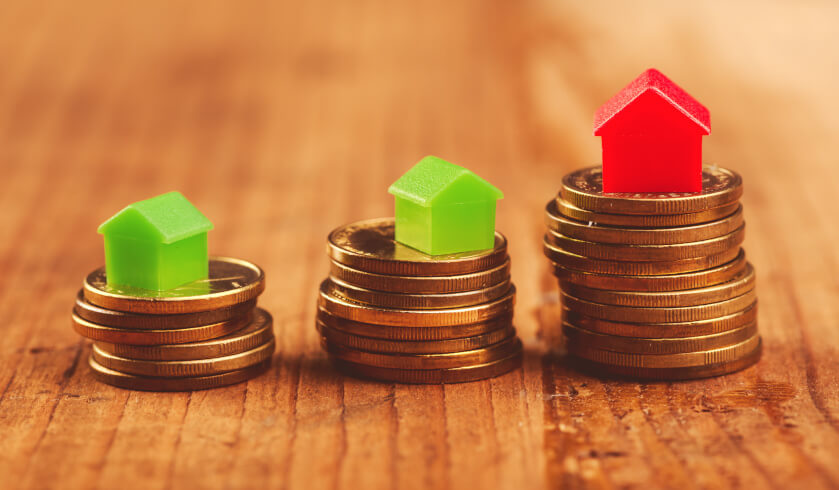