Every aspect of Perth’s rental market over the September 2018 quarter is benefiting property investors as rental supply is down while demand is up, according to the Real Estate Institute of Western Australia. “The rental sector is really leading the charge in the PerthPerth, TAS Perth, WA property market recovery,” he said.

“The September 2018 quarter results are very encouraging and should provide landlords and investors with a lot of confidence.”

“Prices remain affordable for tenants, but the last 18 months have provided landlords with some much-needed consistency.

“Additionally, when we isolate this quarter’s leased properties to houses, REIWA analysis shows the median house rent actually increased $10 this quarter to $360 per week, which is a good sign for the overall market.”

He added that REIWA analysis shows 105 suburbs across the metro area saw their median rent increase during the September 2018 quarter.

Mr Collins said there were 13,234 properties leased during the September 2018 quarter.

He said leasing activity had increased 5.2 per cent compared to the June 2018 quarter.

“Tenants were a lot more active this quarter than last, with 132 suburbs across the metro area recording increases in the number of properties leased.

“Activity remains high in the rental market. Provided landlords are listening to the advice of their property manager and pricing their rental in line with market expectations, they have a very good chance of securing a tenant.”

Mr Collins also said there were 7,286 properties for rent in Perth at the end of the September 2018 quarter.

“This sharp decline can be attributed to a combination of leasing activity improving and new dwelling commencements slowing. With less new properties coming onto the market, rental stock is being absorbed at a quicker pace, which has put downward pressure on listing volumes.”

He said it took landlords 46 days on average to find a tenant for their rental during the September 2018 quarter.

“A combination of increased tenant activity and lower listing levels has had a positive impact on average leasing times for landlords, with tenants needing to act quicker to secure a rental.”

Mr Collins said Perth’s vacancy rate declined to 3.9 per cent during the quarter – the lowest level Perth has experienced since the March 2014 quarter.

“With all key market indicators improving during the September quarter, Perth’s vacancy rate has now fallen below the 10-year average,” he said.

“Slowly but surely we are moving towards parity in the Perth rental market, with improved conditions across the board meaning there is good opportunity for tenants and landlords to benefit simultaneously.” 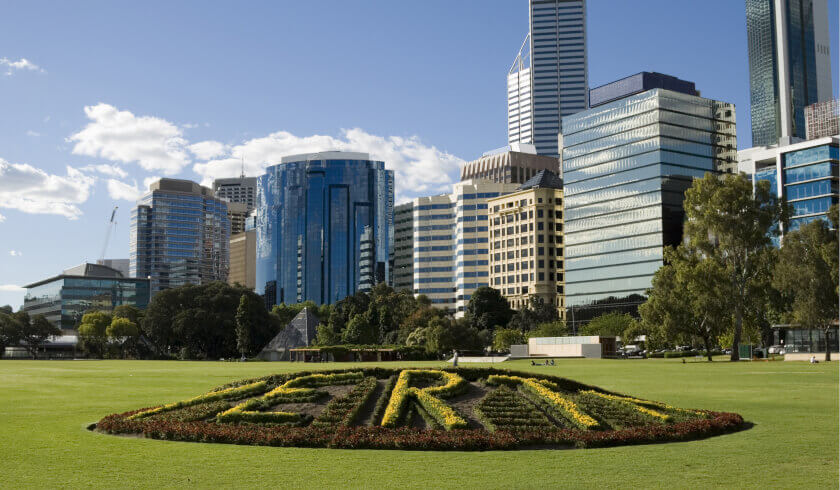