Despite rising unemployment and economic uncertainty brought about by the COVID-19 outbreak, Australia’s property market is expected to remain resilient and “power ahead” in 2021.

According to Custodian’s managing director, James Fitzgerald, the property market had so far withstood the pandemic’s disruption to the broader economy.

“History shows us that the Australian property market is generally not affected by rising unemployment rates. Listings are down by about 20 per cent at the moment and inquiry levels are up, expats are returning to live in Australia, and there is an undersupply of new properties coming to the market.”

“Across most markets, supply of new developments is down as a result of developers exercising caution throughout the pandemic and also because of the increasing difficulty for developers to obtain funding as a result of the banking royal commission,” Mr Fitzgerald said.

According to him, all of these factors combined increase competition and drive up property prices, and he expects these trends to continue on to the end of the year, with demand remaining high well into 2021.

Still, despite the lift in demand, Australia will still have many pockets of affordable property, and
with interest rates extremely low and government incentives for first time buyers high, many people would look to enter the market within the next six months, he said.

“When you look at what happened to the property market during previous economic catastrophes, it was the one thing that showed resilience,” according to Mr Fitzgerald.

“In 1990 there was ‘the recession we had to have’ during which unemployment jumped to 11.25 per cent. House prices by and large increased during 1990, with Sydney and PerthPerth, TAS Perth, WA declining for one year only, albeit off the back of increasing 93 per cent and 84 per cent, respectively, in the four years prior.

“During the global financial crisis of 2009, unemployment rose to 6 per cent, while house prices increased by 19 per cent and 24 per cent in Sydney and Melbourne, respectively, between 2010 and 2012. Brisbane prices increased by just 4 per cent, but they had the double whammy of the 2011 floods to deal with and would inevitably follow a similar trend, increasing by 22 per cent between 2013 and 2016.”

While the COVID-19 pandemic was different to previous periods of economic crisis, early figures already reflected the resilience of the Australian property market, Mr Fitzgerald highlighted.

“People will buy housing if they can afford it. In this respect, the government intervened to underpin confidence in housing, injecting a record amount of stimulus and cash into the economy to help the country weather the COVID storm.”

With Australian median house price around $660,000 today, Mr Fitzgerald expects an increase to $1,000,000 in the next three to five years “depending on what the RBA does with their bond rates.”

“We could potentially see interest rates this low for five to 10 years, which is a game changer.”

Moving forward, he believes that record house prices will be achieved, interest rates will remain at record lows and new mortgage commitments will be on its way up.

“Liquidity is at an all-time high, the household savings rate has jumped to a 46-year high of 19 per cent. Vacancy rates are tight and renters are looking to own instead of paying off someone else’s mortgage.” 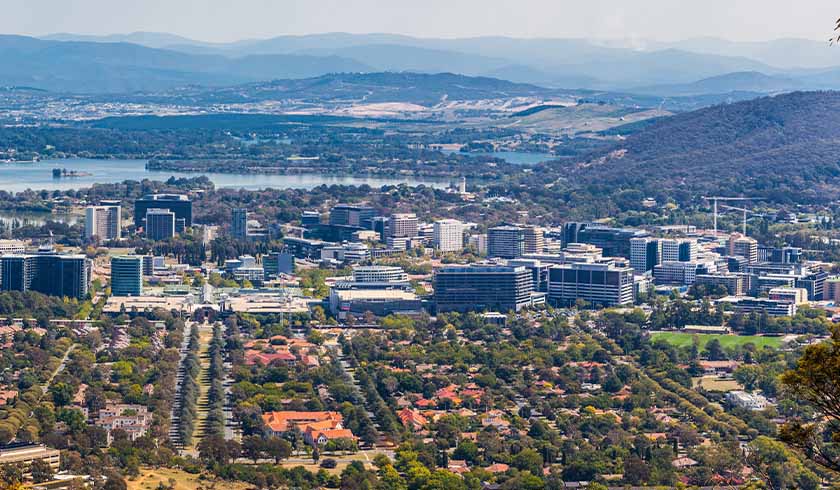